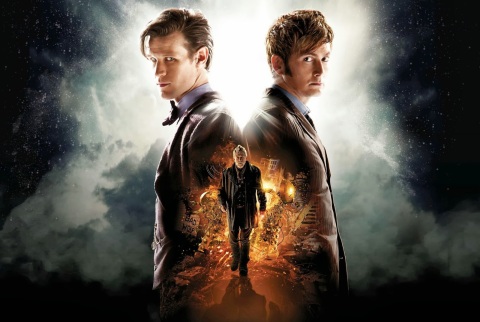 Well the Doctor Who 50th Anniversary Special: The Day of the Doctor has come and gone, and whether you watched it in theaters Monday night or via commercial-free simulcast on Saturday, it was an emotional roller coaster ride of old faces and new beginnings. So while we’re still processing everything, lets skip all the wibbly-wobbly timey-wimey explanations and just relive some of the highlights. So in the words of my favorite Doctor: Allons-Y! 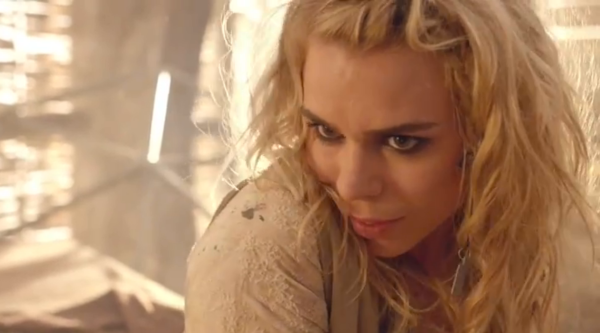 When we first heard Billie Piper was returning, most assumed that she would be returning as Rose Tyler. Instead she returned as Rose’s all powerful persona of Bad Wolf – or at least an Artificial Intelligence mimicking the looks, memories and abilities of Bad Wolf.  Now despite this all being very confusing – as well as her and David Tennant having no interaction whatsoever – she still retains a spot on this list because without her, nothing in this 50th anniversary special would have been possible.

Between crossing timelines, time traveling to and from the time-locked Time War, and having three incarnations of the Doctor side by side (all thirteen at one point), Bad Wolf is the only character that could create such paradoxes and not make the universe implode. So thank you Bad Wolf . . . I mean AI . . . whoever you are, for making this relatively plausible. 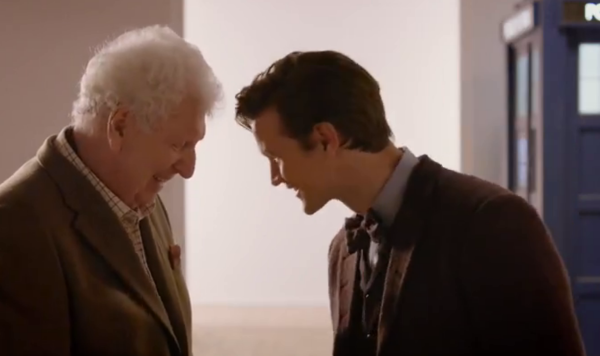 In a nod to classic Doctor Who episodes, the much-loved Fourth Doctor, played by Tom Baker, returned for a closing cameo with Matt Smith’s Eleventh Doctor.  Now I’ve never watched any of the pre-2006 Doctor Who episodes, but it’s plain to see why Tom was one of the favorites. Besides his title as longest serving Doctor (1974-1981), his on screen presence is a force of its own. Even if you had no idea who he was, you can just tell he’s The Doctor. Add in his on-screen chemistry with Matt Smith and you have a scene that can bring a smile to anyone’s face. 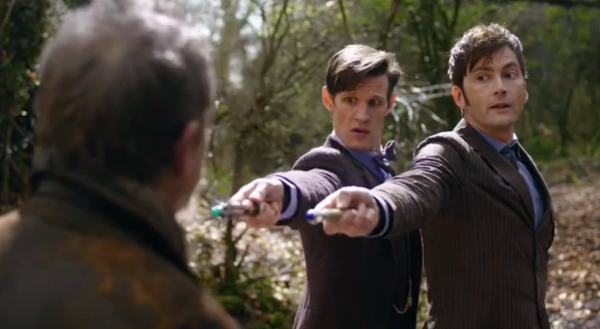 War Doctor: “Why are you pointing you screwdrivers like that? They’re scientific instruments, not water pistols!”

Whereas most people came to see how the Tenth and Eleventh Doctors would get along, seeing them interact with The War Doctor, played by John Hurt, was an unexpected surprise. Whether insulting each other or working together, David and Matt had amazing chemistry and could probably take up this entire list if I didn’t group them together. I personally didn’t expect to pay much attention to John’s War Doctor, but he not only held his own, but also kept the other two Doctors on their toes by openly calling them both walking mid-life crises.

In the grander scheme of the series, the War Doctor pointed out how these recent Doctors have all been younger than previous incarnations because they refuse to grow up. Between the Tenth Doctor being the “one who regrets” and the Eleventh being the “one who forgets”, they hate what they did as The War Doctor and don’t want to ever be ‘an adult’ again. 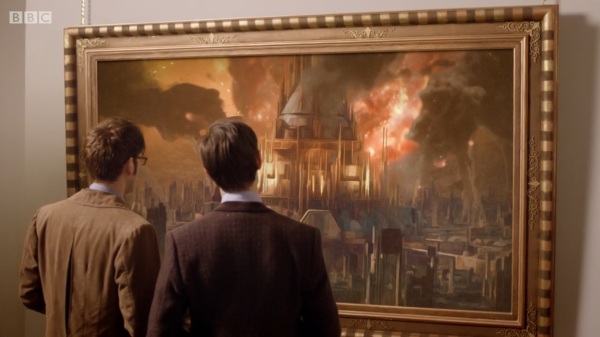 3D Time Lord art, bigger on the inside.

Since the revival of Doctor Who in 2006, we were told that Gallifrey had been destroyed by the Doctor to end the Time War. This special completely reversed that and revealed that Gallifrey still stands somewhere out there. This is important for three reasons. Firstly, it sets the stage for Peter Capaldi who will apparently be playing an older Doctor as compared to the Eccleston, Tennant and Smith. As I just mentioned in #3, the horrible acts the War Doctor committed made his future regenerations detest being an adult. With Gallifrey safe and the War Doctor actually being a hero, the fear is gone, setting the stage again for an adult Doctor.

Secondly, it gives Capaldi’s Doctor a mission. The 8th season might very well be his search for Gallifrey, as well as him dealing with some evil Time Lords – if they truly did become as bad as the Daleks in the end as we learned in The End of Time.

Finally, ‘Gallifrey Falls No More’ symbolizes what Doctor Who is all about: hope in otherwise hopeless situations. Doctor Who has always found a way of doing the impossible. Here we see him saving what was for the past 7 years thought of as the biggest lost cause of them all. 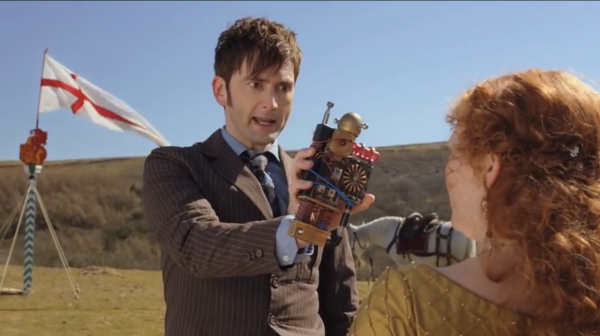 As if you didn’t see it coming, the honors of #1 moment goes to the Tenth

After almost four years, we finally learned the cause of Her Majesty’s disdain for The Doctor. Between leading her on, mixing her up with an ugly shape-shifting alien, and finally calling that pre-mentioned alien a better kisser, the Tenth Doctor just kept digging his own grave.

Hope you all enjoyed reliving these. I’ll probably dive into Capaldi’s Doctor and where he’s heading in a future post. For now, be sure to comment and let me know what your favorite moment was.