Despite Marvel just releasing this information, they had actually had that date reserved for quite some time. They just never revealed what movie it was going to be. Warner Bros. set the release of Batman vs Superman on that date already knowing about Marvel’s plans, but probably thought they’d be going up against a new title.

Now production schedules might push these movies back a bit, but by and large movies try to stick to their planned release date. Although considering how things are looking, DC better pray that Marvel is delayed – doubtful.

It’s clear that Warner Bros wants Batman vs Superman to become the new Avengers, but they are setting themselves up for failure. The problem goes far beyond their controversial casting of Ben Affleck as Batman – which until we see the movie is all opinions – but actually has to do with the nature of multi-character movies. 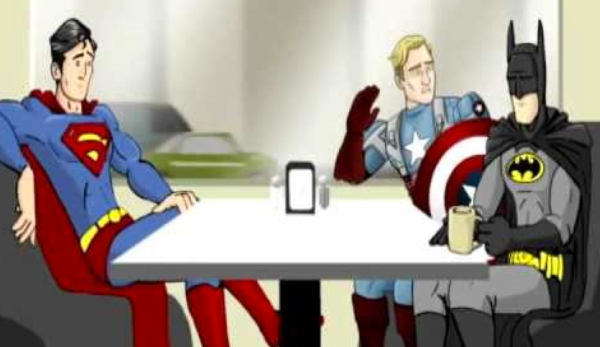 Batman, Superman and Captain America have coffee in this ‘How It Should Have Ended’ short.

Remember Spiderman 3? That movie suffered horribly for all the random/non-connected villains thrown in. Now imagine how bad it would be if the random characters were all the main characters – rather than random baddies. You would get what everyone feared Avengers would be – a movie full of heroes that leave you conflicted on whom to focus on.

Let’s call Warner Bros.’s Batman vs Superman movie what it is, a Justice League movie. The moment they cast Gal Gadot as Wonder Woman – and started hinting at Green Lantern – it ceased to be anything but that. As the sequel to Man of Steel – a decent box office hit but by no means a record maker – this film just seems rushed. Again, multiple heroes/villains doesn’t equal great movie. So then how did Avengers become the 3rd highest grossing film of all time?

Marvel never wanted to make an Avengers movie just for the sake of making it. They knew they had to develop a universe within which all these varied characters could actually coexist and not overshadow anyone else. As such, Marvel set about creating that universe from their first film, Ironman. From the moment Ironman ended, the post credits scene placed it within a larger context. Each of the following movies built upon this idea by introducing new worlds and characters, but still making a point of cross over to past and future titles.

This method was also extremely important because Marvel knew these weren’t the most popular of characters. Most people knew nothing about them so it was important to have introductory films to create that fan base. By time The Avengers actually arrived in theaters, it wasn’t just a film anymore. It had become the next installment for Ironman, The Incredible Hulk, Thor, and Captain America. If you were a fan of just one of these characters, you wanted to see The Avengers. 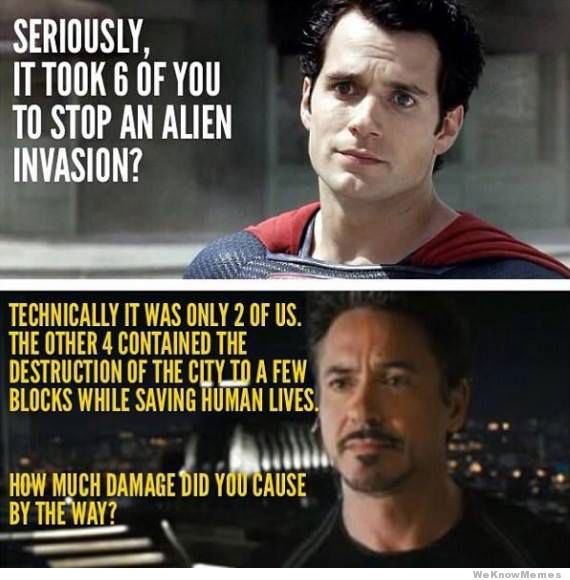 Warner Bros. have done none of this with Batman vs Superman. Even the inclusion of Batman breaks this formula. Yes, we all know who Batman is, but we don’t know Ben Afleck’s batman. It’s not like this is a cross over with The Dark Knight and they recast the role – similar to what Marvel did with Hulk in The Avengers. The Dark Knight existed in a universe where there were no heroes.

Take into account that there’s never been a Wonder Woman movie – nor a successful Green Lantern – and you basically have Warner Bros throwing a bunch of heroes into one movie just for the sake of it. Come to think of it, Warner Bros is actually using the exact opposite formula. Marvel built their universe upwards – from a billionaire, playboy, philanthropist to Gods and otherworldly items. Warner Bros is going from otherworldly beings to a masked vigilante. There have already been talks about a spin off movie for Wonder Woman after Batman vs Superman.

Warner Bros’s plan all rides on Batman vs Superman. Rather than build a universe and character back stories, they are going in reverse by introducing a ton of characters and then splintering the universe. Should Batman vs Superman fails, all planned spin offs will as well. The pressure is on and their new competition for the May 6th, 2016 date makes their situation even more dire.

Rather than going up again a new Marvel property – possibly Dr Strange which is most likely to be released later that summer as well – Warner Bros will be going up against the third installment in one of Marvel Studio’s A-team, literally. Fan buzz about Captain America 2 are already blowing away its first installment and its only going to get better with each successive appearance. By time 2016 rolls around, fans will have seen Captain America in four films.

If Warner Bros pushes their release date back, they’ll not only look scared, but will also have to contend with the plethora of other movies coming out that year, including: X-Men: Apocalypse, Amazing Spiderman 3, Independence Day 2 and another Marvel title which will most likely be Dr. Strange. In the end, if Captain America 3 is a flop – which it wont be – Marvel can take a hit considering all the other titles they have moving forward. If Batman vs Superman falls short, it’s over. Warner Bros entire strategy is completely dependent on Batman vs Superman.

To end, I feel this quote from The Avengers sums up Marvel’s opinion on the Captain America vs Batman/Superman debate:

“Maybe your army comes and maybe it’s too much for us, but it’s all on you. Because if we can’t protect the Earth [box office], you can be damned well sure we’ll avenge it!”

One thought on “Super Hero Showdown: Captain America 3 vs Batman/Superman”