Update: The Actual Film has been released, so for a Spoiler Free Review of the film, click here and for the Easter Eggs and Analyses, Click Here!

With new Godzilla, TMNT and Star Wars films coming out/in production, it seems like Hollywood is focusing on a return to the classics. In keeping with this tradition, a new installment for Jurassic Park – entitled Jurassic World – has been announced for a Summer 2015 release.

Since this announcement numerous rumors have begun circulating. From fan made trailers of Pterodactyls attacking beach goers to concept art of human-dinosaur hybrid, these rumors have ranged from weird to ridiculous; but the most recent rumor is the most outlandish yet.

Earlier this week, JoBlo reported to have gotten a plot summary of the upcoming Dino-sequel. For the record, I share theories not rumors. One is based on fact and analysis; the other can come out of left field – and nothing is more WTF than this rumor. Unless the filmmakers want Michael Crichton – the original writer of Jurassic Park – to turn over in his grave, I don’t see anyway they could be serious about this. So why share this? Simple, because it’s funny as hell.

*Warning: What follows is highly suspect and dangerously hilarious*

John Hammond’s dream has finally been realized as Isla Nubar has become an actual theme park and is enjoying ample success with critics and tourist alike. Though despite these profitable times, those in charge of the park have started to dream up new ways to keep to park fresh and keep the crowds coming. They eventually decide to expand upon Hammond’s original science and begin splicing Dinosaur DNA in order to great brand new creatures the Earth has never seen. 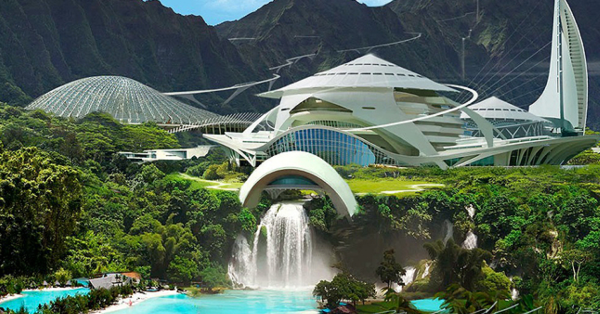 The problems begin once they splice a Tyrannosaurus Rex with the brains of a Raptor, the expanding jaw of a Snake, and adaptable camouflage of a Cuttlefish. After this monstrosity escapes and starts terrorizing the park, the only hope is for Owen – an animal tamer played by Chris Pratt – to train a bunch of dinosaurs to battle this ‘new evil’.

What Could Possibly Go Wrong:

First off: REALLY? Splicing Dinosaur DNA? Now if they wanted to make elaborate new specials like a bipedal Triceratops or a Brachiosaurus with a neck frill, great! But why a T-Rex, Velociraptor, Snake and Cuttlefish? Of all the insane Dino-Fusions people would want to see, how did they end up with that?

More importantly, why – with all that tech – could they not give T-Rex longer arms. They can make one become invisible, but giving him proportional arm length is too unrealistic – le sigh. More importantly, I don’t understand why they would have to create this amalgam when there are so many other prehistoric monsters to choose from. We’ve yet to see any aquatic prehistoric reptiles; and a Liopleurodon would certainly be capable of striking fear into the audience.

As if fusion completely random animals together wasn’t enough, man’s only chance of survival is to train a band of dinosaur warriors to hunt down and battle the predator. On one hand, I never realized it until now, but I’ve always wanted to see a Dinosaur Training Montage. On the other hand, it’s a rouge creature – not a cyborg or Godzilla – so why can’t they just kill it with guns and other weaponry the resort must have some where in case of emergency.

Coming Next Fall to SyFy:

All things considered, this just seems like an awful movie. Sure SyFy can get away with crazy outlandish movies that insult your intelligence  –  Sharknado, Ghost Shark, Sharktopus, anything else with Shark in it – but this is a major motion picture. People aren’t going to spend $11 to see this, especially when you add in another $20 for how drunk they’re going to have to be.

Yes, that’s right. The only thing this rumored movie plot would be good for is a new drinking game. Perhaps that’s why it’s called ‘Jurassic World’ and not Jurassic Park 4. Maybe it’s all one big spoof film that the Jurassic Park franchise wants no part in. 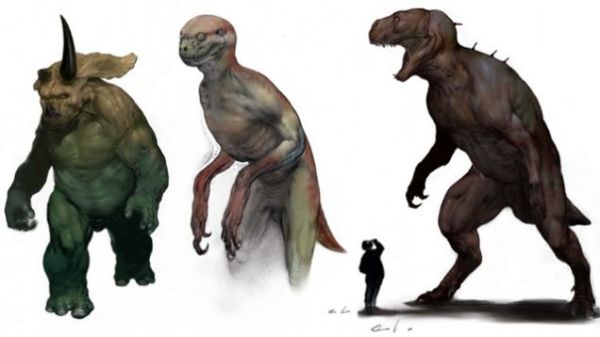 This human-dino hybrid concept art was rumored to originally be for Jurassic Park 4 before it was scrapped. Looks like they were going for WTF from the start.

The original Jurassic Park – and it’s sequels to an extent – filled us with a sense of wonder and fear. The filmmakers even went as far as to hire paleontologist as consultants to give the films that extra level or realism. So to see a franchise with such dedication to realism devolve into whatever the heck you want to call this is just sad – no matter how funny it might be.

So let’s hope that this rumor is exactly what we think it all is: a rumor. Hopefully in 2015 we’ll get a new Jurassic Park installment that will remind us why we fell in love with dinosaurs all those years ago.