Controversy arose on Day 3 of E3 when people wondered where the female characters were for the newly announced Co-Op mode for Assassins Creed: Unity. Though the situation seemed humble at first, it erupted into a raging firestorm after a former Ubisoft employee called BS on Ubisoft’s response. So what happened? What was said? And what is really going on?

I’ve always been told there are three sides to every story: the one, the other and the truth. So I’ll explain what’s going on, support for both sides; and then leave you to draw your own conclusion.

When Assassins Creed: Unity was announced Monday at E3, the trailer and gameplay showed everything we expected and more. With hundreds of people developing this game across ten studios, this game had the quality we’ve come to love and expect from Unisoft.

Soon after this though, people started to wonder if they would see female characters in the Co-Op mode since there had been an abundance of female characters in the Multiplayers of past games. Ubisoft then responded to these questions by saying that it would have doubled their workload due to redoing “a lot of animation, a lot of costumes.” They even spoke how it was on their list of things to have for a while, but for the sake of “focus and production” it was removed. Whether Ubisoft’s response satisfied you or not, it was about to erupt in outrage.

Soon after Ubisoft’s official word, a former employee came forward and called Ubisoft out and said their reasoning was a bunch of ‘bullsh*t’. This former employee – a former Assassins Creed designer named Jonathan Cooper – who now works at NaughtyDog claimed:

In my educated opinion, I would estimate this to be a day or two’s work. Not a replacement of 8,000 animations … Man, if I had a dollar for every time someone at Ubisoft tried to bullsh** me on animation tech

Considering Assassins Creed has had a female lead in Assassins Creed: Liberation (Aveline), various playable female characters in their multiplayer, and even female assassin recruits for your brotherhood in the single player, you can’t really say Ubisoft is sexist and doesn’t like strong women. Throughout the games we’ve seen countless strong and deadly women, so to call them sexist wouldn’t really fit. 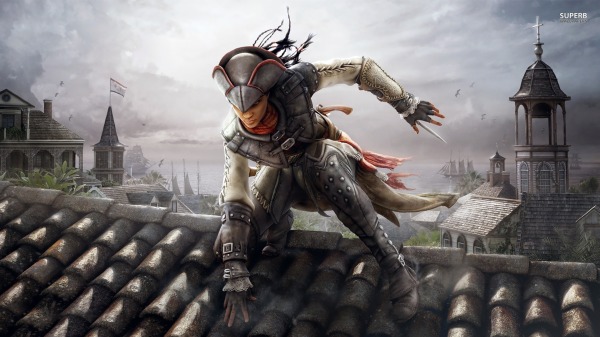 That being said, the idea that it’s too much work to design a female character for Co-Op is kind of ridiculous. Now I’ve never worked in game design, but when you have a team that large, it seems unbelievable that changing the gender from male to female would be that much work. They already have baselines from the Assassins Creed IV: Black Flag multiplayer so why couldn’t they just expand on that? Unless difficulty wasn’t the problem in the first place.

After Cooper’s comments were released, Ubisoft issued another statement, which honestly makes a lot more sense:

Assassin’s Creed Unity is focused on the story of the lead character, Arno. Whether playing by yourself or with the co-op Shared Experiences, you the gamer will always be playing as Arno, complete with his broad range of gear and skill sets that will make you feel unique. – Official Ubisoft Press Release

When you think about the games and what the Co-Op will be, this actually is pretty reasonable. Assassins Creed: Unity’s Co-Op mode isn’t a separate multiplayer, it’s a part of the main storyline. When you accept a Co-Op mission, you are still the main protagonist of your game. This is Arno Dorian joining a mission with fellow assassins. So to have Arno gender swap into a woman for a Co-Op that is still part of the main storyline would be strange.  And it’s not like there won’t be any female characters in Unity.

With regard to diversity in our playable Assassins, we’ve featured Aveline, Connor, Adewale and Altair in Assassin’s Creed games and we continue to look at showcasing diverse characters. We look forward to introducing you to some of the strong female characters in Assassin’s Creed Unity. – Official Ubisoft Press Release

Female characters have been playable ever since Multiplayer began in AC: Brotherhood

Honestly, I understand Ubisoft’s (later) reasoning, but not in how they approached it. If I were them, I would have done two things:

The first point is self explanatory; but allow me to elaborate on the second point. In Ubisoft’s other title Watchdogs, the multiplayer mode Contract Hacks has you ALWAYS playing as lead character Aiden. Say you’re playing with a friend. You will appear as Aiden in your game while your friend appears to be a regular NPC. Meanwhile your friend will see himself as Aiden and you as the NPC. Couple those play/view alterations with how you can customize multiplayer characters in Assassins Creed: Black Flag; and it’s possible that you can still maintain Arno’s story in Co-Op but have your character be viewed by others however you want.

Is my second idea a feasible one? Maybe. I would think that that would take a bit of work, but it’s not impossible. Maybe it’s something Ubisoft could work on since the game isn’t due out for a few more months – which is the other thing. There’s still time before the game debuts. Perhaps the initial ‘we didn’t have time’ was in reference to getting it ready for E3 demonstrations. 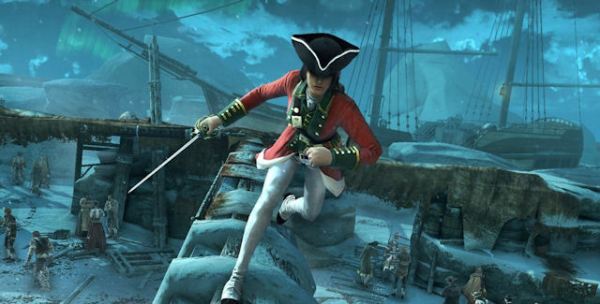 So that’s the story. Take from it what you will; and if you learned anything let it at least be the knowledge that there are three sides to every story. Did Ubisoft mess up by not allowing your character to become female in Co-Op? Maybe. Did they have sound reasoning for doing that? Maybe. But we might never know the truth.

Just remember that everyone deserves a chance to explain themselves. And most importantly of all, there are still approximately five months until it’s released. Things can change!

6 thoughts on “Both Sides of the Story – Why Assassins Creed: Unity Lacks A Playable Female in Co-Op”