The third trailer for Teenage Mutant Ninja Turtles has just come out. Although considering the last two were basically 85% the same, we could just as easily call this the second trailer. Numbers aside, this new trailer gave us a ton of new footage and story elements; but most shocking of all . . . . it gave hope.

Now don’t get me wrong. There is still a lot about this movie to bow your head in shame over; but you can’t help but shake the feeling that it is slowly – ever so slowly – starting to feel like the Teenage Mutant Ninja Turtles we grew up with. You’ll understand more by time this article is over, so let’s get started. Cowabunga dude!

When we first saw the turtles, they were either badass or a joke. Leonardo (blue mask) perfectly embodied the look and quite of a ninja, while his brother Michelangelo (orange mask) – the usual jokester of the group – seemed more stupid than funny. I can’t believe I’m going to say this; but this new trailer actually fixed that. Leonardo kept that calm composure with some added dialogue; but Michelangelo actually became funny here – creepy, but funny.

Besides reinforcing their character types, this trailer also showed us what their back-story is – more or less – and I’m happy to announce that they are NOT aliens. The turtles are turtles, they are brothers and Splinter is still seen as their father. As for who Splinter was in a ‘past life’ remains to be seen; but –again – considering Shredder isn’t Japanese, some story elements for him will most likely be a little different. Though one thing has indeed stayed the same: the antagonistic relationship between Splinter and Shredder.

Shredder and The Foot Clan:

As we learned at the start of this trailer, Shredder’s gang of soldiers called the Foot Clan is indeed in the film; but more frightening is Shredder himself. Despite taking the name “Shredder” too literally – seriously, he has blade on top of blades -; this new Shredder Armor does have one redeeming quality: how frightening it is.

Edward Shredder-hands much? I think you missed a spot

Whatever his back-story was, Shredder was always an immensely powerful opponent and this new armor certainly makes him that. With blades that can be fired and then return to their rightful positions, this armor looks like Tony Stark developed it. Shredder might be too strong for Splinter and the Turtles individually; but together they might have a chance.

So we know there’s this bunch of mutated ninja turtles in New York who sneak around saving people until a girl named April O’neil finds out about them. Though there is obviously much more to the movie than just that; and this trailer gives us a lot to go on. So here’s a good-ole Insightful Panda Trailer Analysis to predict the plot.

At some point after April meets the turtles – probably after another run in or two – Shredder and his Foot Clan break into the turtles hideout where they not only – at least – mortally wound Splinter; but also take at least three of the brothers hostage. Since we see the Foot Clan forcibly leading three turtles with orange, blue and purple masks into an armored truck, that means Michelangelo, Leonardo, and Donnie are the ones taken captive.

We know Raphael isn’t one of them taken hostage because we don’t see him here and because we later find him in the trailer saying that he has to go ‘rescue his brothers’. This is where the fight scenes in the snowy mountains probably takes place and it all culminates with a good old fashion showdown with Shredder.

Ok, not the biggest of plot reveal/theory ever; but if this movie can keep story elements simple then all the better. The last thing we need is some crazy convoluted Revenge of the Fallen style story.

We already know Megan Fox is in the movie; and considering her presence would have made Transformers: Dark of the Moon more bearable, I think she’s a good fit for this film. Also she’s worked with Bay before; they get each other. Also joining the cast is Whoopi Goldberg who will be playing the female version of April’s boss at Channel 6, Burne Thompson – now named Bernadette Thompson.

Although the person I’m most excited to see in this movie though is Will Arnett who will be playing April’s cameraman and rival, the cowardly Vernon Fenwick. If you’ve ever watched Arrested Development, you know why I’m glad he’s in this film. From his facial expressions to the way he delivers his lines, if all else fails at least he’ll give this movie some good laughs. Though again, I no longer think this movie will be that dire.

Though despite all the revelations of a newly armored Shredder, various plot details and April O’neil’s co-workers, there is still one vastly important thing missing. An object of such grand importance, that no turtle movie would be complete without it. In fact, most of life’s mysteries would be nothing without it. I am of course talking about one thing: WHERE IS THE PIZZA?!?!?!?!?!

We’ve had three trailers and not once have we seen the turtles chowing down on a pizza. Not once have we seen a pizza box go missing with money left behind. We haven’t even heard the word ‘pizza’ spoken. So where is it? At this rate, it might come as a post credits scene much the Shawarma scene in The Avengers. I guess we’ll have to wait on this one too.

As I’ve been saying all along, don’t expect this film to be a total game changer or redefine a genre like Captain America 2: The Winter Soldier or Gareth Edwards’ Godzilla. This film is purely meant to be a fun revisit to a childhood favorite and introduce these characters to a new generation of fans. This trailer certainly started to alleviate some fears about this remake. It even poked fun at the original fears that these ‘heroes on the half shell’ would be aliens rather than turtles. Though despite all these reassuring revelations, will it be enough?

For now, check out some of the newly released character posters: 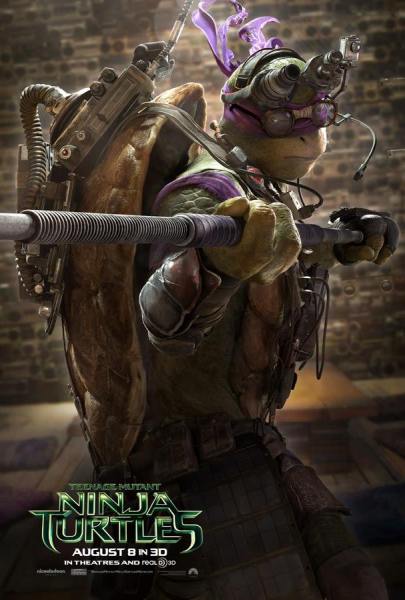 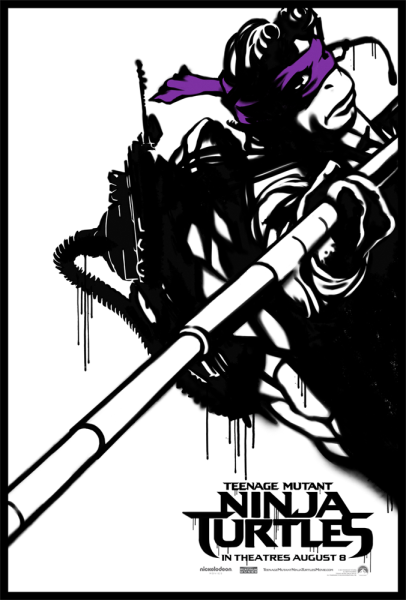