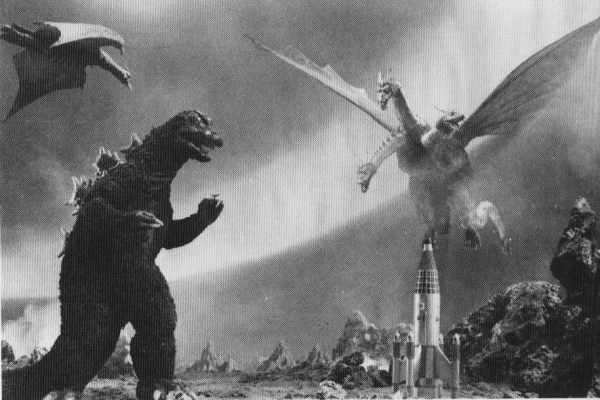 So as you can guess by the title, the Godzilla Panel at San Diego Comic Con just aired some teaser footage of the sequel to this summer’s smash hit. As one of the first films/trailers I started analyzing for this blog, these Godzilla remakes holds a special place in my heart. And what happened at Comic Con was nothing short of spectacular!

A while ago Director Gareth Edwards had expressed his love for the Godzilla: Destroy All Monsters film and how if his remake got a sequel that is the direction he’d like to take the series in. Well when Godzilla (2014) decimated movie theaters earlier this summer, that sequel was basically guaranteed to begin production.

Godzilla even set up it’s own little are at this years San Diego Comic Con called Godzilla Con. We saw the signs and felt that there’d be some kind of announcement; but we didn’t think something this amazing would happen to the Toho Classic in the famous Hall H. While fans sat in Hall H they got to hear Edwards speak about how it was it was an honor to bring back this classic; and since everyone loved it there will be more after a short break. Though the break won’t be too short because he and Legendary Pictures CEO Thomas Tull came with some teaser footage all set. So what was the footage you ask? 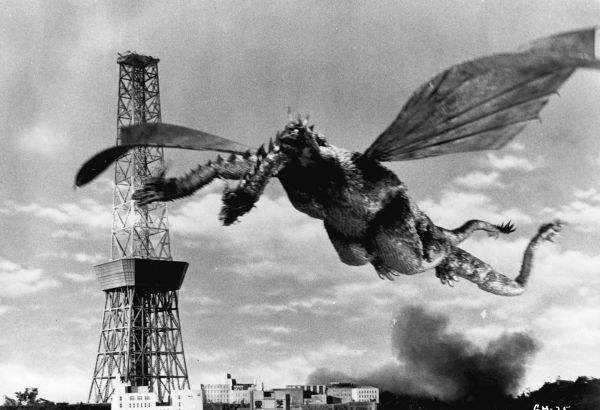 Just like how the Godzilla (2014) film opened with grainy black and white footage of explosions and clips of important meetings, the teaser for this sequel was very much in the same format. This footage was then spliced in with silhouettes and subtitles from the secret files of Monarch – the secret organization tasked with keeping these creatures under wraps.

If you paid close attention to the film and read the graphic novel Awakening, then you know that Monarch has known about various other MUTOs for quite some time; and that is exactly what this footage demonstrates. The three silhouettes each come with their own code names: Mothra, Rodan, and Ghidorah. The teaser then ends with the words “Monarch Assessment: Conflict Imminent … Let Them Fight”.

No release date or analyzable information has been released just yet; but the wheels are already turning in pondering what could happen. Will Godzilla fight all 3 or will there be some team ups – much like how Rodan and Mothra helped Godzilla fight Ghidorah in older films. What I’m most excited to see is how Edwards and his team once again take these monsters of movie legend and turn them into feasible prehistoric beasts. Stay tuned!

Thanks to Abigail Hapil for covering SDCC as always