Flash returned this week and I can’t help but feel like there’s a pattern. An episode inevitably throw in some daddy issues while Barry deals with a new Meta-human – whom he can’t beat until the 2nd or 3rd time facing off – and ends with Dr Wells displaying that he knows the future. Though beyond all this, The Flash is still a very entertaining – if not predictable – show; and this week was no exception. You can’t run from everything; or – as this episode showed – maybe you can only from a few things.

Some Things You Can’t Outrun:

Whether it’s the gaseous villain Mist or more daddy issues, you can’t outrun everything; and this episode showed everyone has to deal with that. Whether it’s Joe feeling guilty about locking Barry’s dad up, Iris avoiding telling her dad about her relationship, Cisco and Caitlin trying to move on from their guilt about the day of the accident or Barry trying to avoid his feelings for Iris, EVERYONE was running from something this episode. 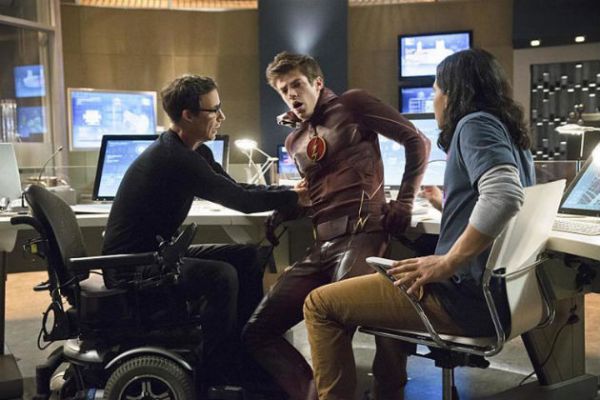 Though the main take away from this episode’s lesson would be that Barry has to learn he can’t save everyone. If he gets to a scene too late or loses one to save another, he will have to live with it and focus on the good he does rather than any shortcomings. Easier said than done as Barry still finds his dad locked up; but as his dad tells him in the end: its all about having some place to go. Barry might not be able to run away from things, but he will be able to run towards his goal.

Previously I spoke about how Dr Caitlin Snow shares her name with a DC villain known as Killer Frost. Well it looks like that is definitely the way these her and fiancé are going now that we just met Ronnie Raymond aka Firestorm. Ronnie was not only Caitlin’s fiancé, but met at STAR Labs where he worked as one of the builders. As if Caitlin calling her and Ronnie “Fire and Ice”, we now see how Ronnie supposedly died in the accident. We’ve seen people seemingly die and get reborn with powers before in this show, so we can be sure Ronnie will be as well.

As for who Ronnie will be reborn as, he will become the character known as Firestorm; and if you think he’s just a typical pyrokinetic, you’re wrong. Firestorm’s story usually involves him being a “fused” hero with two minds. The writers behind The Flash seem to want to keep that idea alive as they’ve admitted Ronnie will return later this December; but the Ronnie we see will be different – almost schizophrenic. 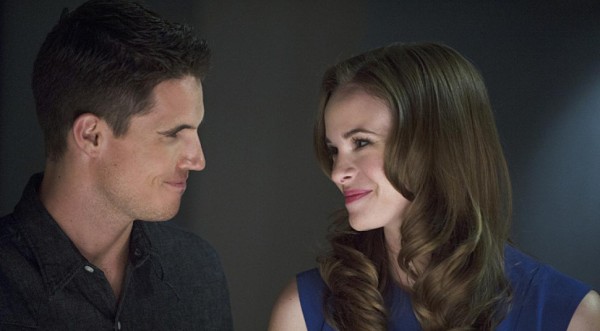 This seems to be keeping with the ‘two minds’ idea so it looks like Ronnie will have a lot to sort out when he returns. Whether this ‘new Ronnie’ leads to Caitlin becoming a villain or anti-hero remains to be seen. All we know for sure is that this tragic duo is only going to get more tragic – yes, worse than Caitlin feeling responsible for him being there that night.

The final thing of importance this episode was basically getting confirmation on what we suspected all along: Dr Wells planned for the disaster. Ever since we started to get hints of his time travel ability and talk that the lightning bolt ‘chose’ Barry, we knew something had to be planned by him – and this episode’s final scene gave us just that. What will happen when the others find out about this? Is this what will push Caitlin off the deep end? Guess we’ll have to keep watching to find out.