San Diego Comic Con just unveiled the Season 6 Trailer for The Walking Dead, and is it ever jam packed. With over 4 minutes of footage of what to expect this season, there’s a lot to talk about. So please watch the trailer below and I’ll meet you directly afterwards to analyze the hell out of it. So let’s get started!

As the trailer opens we hear Rick saying “We both started out in the same place. You can come back from this; I know you can!”, but is he talking one on one with Morgan or group to group – addressing Alexandria as a whole? Well that blurred line sets to tone for everything that follows as Rick and the gang will face multiple threats to their safety and positions of power.

When we last left off last season, Morgan – who now takes all life as precious – walks in on Rick killing Pete, who had just slit Reg’s throat. Prior to this, Rick had finally convinced Alexandria that he was good for them as some stray walkers got in and Gabriel’s testimony was thrown into question. Though now that they saw Rick kill a drunken Pete, those feelings of distrust will stir again as they STILL aren’t used to this new world. 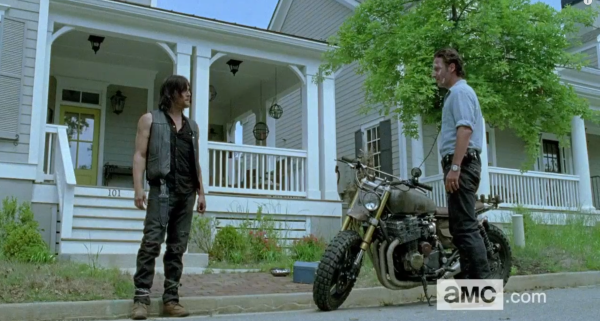 This mistrust will continue to grow as Rick does seem to be leading them for a while, but then more and more of Alexandria’s residents get killed – as we can see from the various murder scenes of them being overrun by walkers. Pair this with some saying how they’re “not ready” and it looks like Rick might be right: the Alexandrians might be too weak for this world. Though this could all change.

Earlier in the footage we hear Morgan tell Rick that maybe he should give people chances; and he’s not alone in this belief as later on we see a stand off between Rick and Daryl about whether or not they should help Alexandria or just leave them to their own slow demise. We must remember that Rick is still a little off-sides with these people and all those feelings of resentment and annoyance won’t go away over night; but there does seem to be some signs of hope that they’ll get their act together. And they’ll have to considering how badly Alexandria’s fall is foreshadowed … and shown.

Early on in the trailer we see the sign for Alexandria falling down. Well that’s not coincidence. If one theme of the trailer was blurred lines of opponents to Rick’s way of life, then the other was the fall of Alexandria. We see multiple shots of seas of walkers, which could very well be a Mega Herd; but there are just as many shots of these walkers around trailers. Do you remember who uses trailers to hold walkers? That’s right, the Wolves! 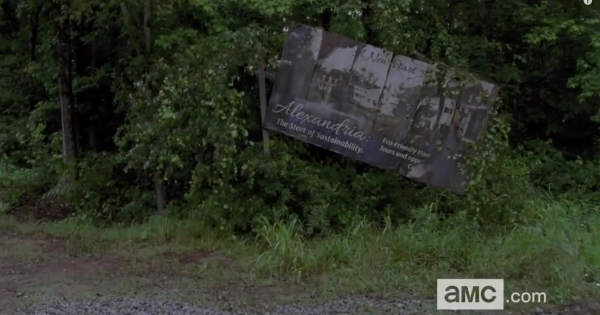 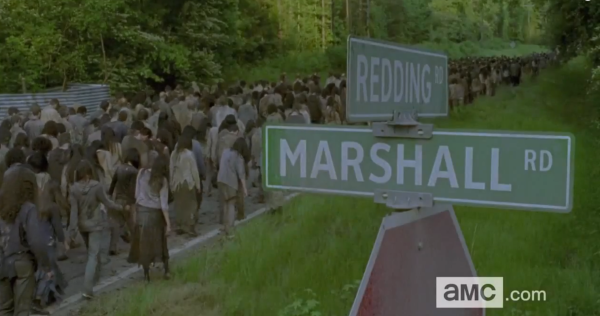 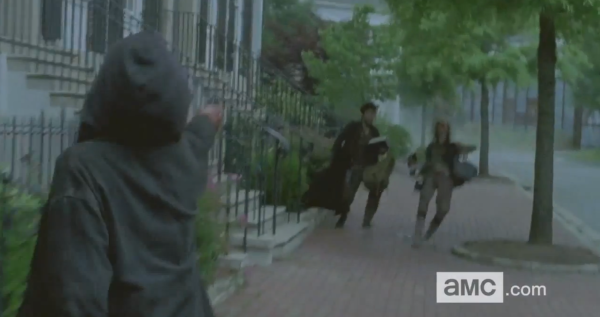 The wolves will most likely be making their move on Alexandria now that they have Aaron’s ‘welcome bag’. In fact theirs even a few scene of people opening fire on people –not walkers – inside Alexandria. Are these Wolves or is the town looting itself in a panic? Probably option 1; but we’ll still have to wait for now; but one thing is for sure: with so many shot of a sea of walkers outside the gates, the streets of Alexandria overrun and Jessie hiding from walkers, Alexandria is about to be hit hard! Will it be rebuilt though? Most likely, but let’s save that for a later part of the season. This could explain why we see so many key members outside the walls at one point as well as those scenes shot near a cliff-face. Moving Alexandria to higher ground would be an advisable option.

Last season introduced us t the mysterious Enid. Is she purely the romantic foil for Carl OR is there something more to her? A while back I hypothesized that she had some connection to the Wolves or another outside group. She mentioned her mom in passing and never elaborated on what happened to her. Was she being held hostage? Was she killed by the Wolves? Or was this just a quick little unconnected backstory? 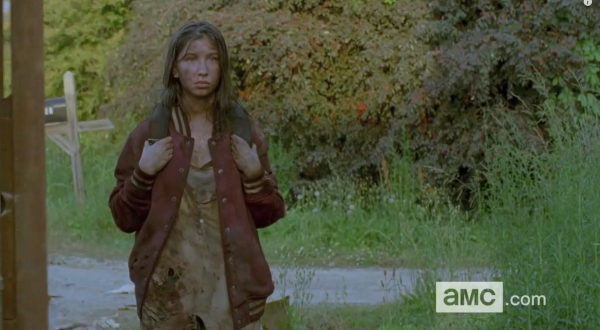 Well we might find out this season as a fair amount of this trailer showed Enid in a state of pure shock. Sometimes she’s outside cowering and crying, other times walking around like she’s in a daze. It’s hard to say what spooked this usually calm individual, but we’ll certainly see soon. Also, we got a quick look at Enid and one of Jessie and Pete’s sons. Considering he was seen earlier bad mouthing Rick, you can expect a showdown with Carl at some point. Take his girl and insult his dad, looks like game over. 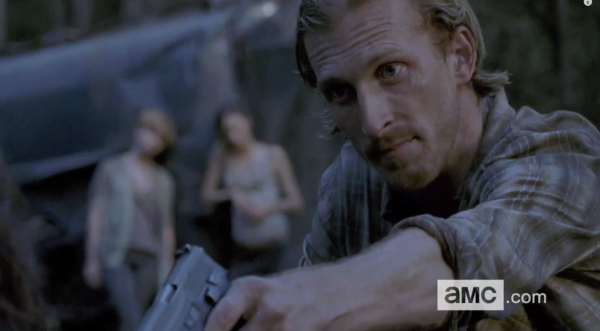 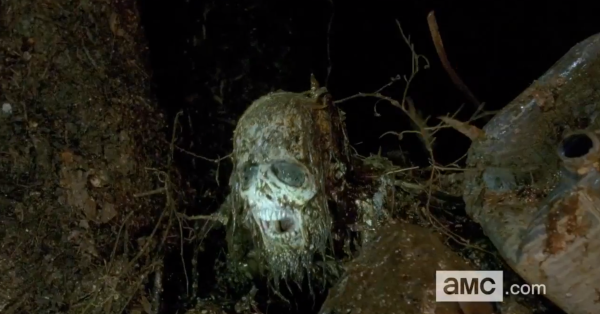 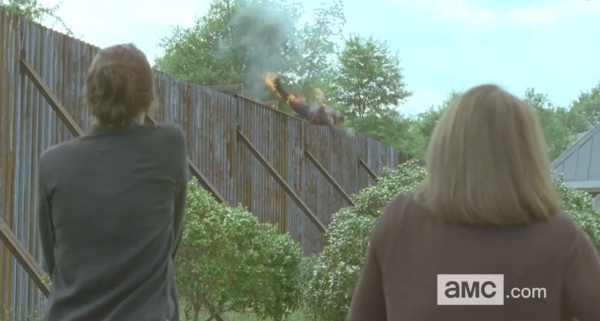 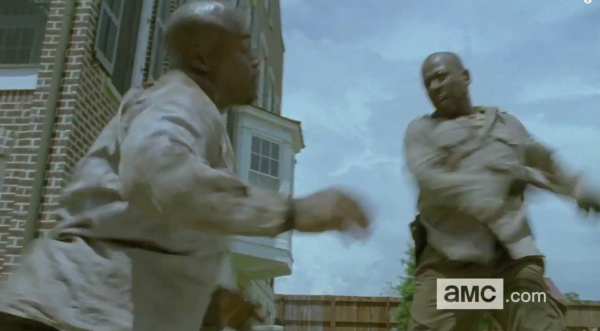 Wait, is that Morgan vs Gabriel?

So let’s get ready for Season 6. If you saw something in the trailer, be sure to let us know in the comments below. And remember, this is the trailer for only the first half of Season 6. So yah … expect a lot of emotional and explosive stuff to go down – and fast!

For the trailer of Fear The Walking Dead, go here!