Compared with the past few episodes, this week’s episode of Fear The Walking Dead was fairly lackluster, BUT what it set up more than makes up for it. With an interesting new character and a countdown clock to destruction, no one is safe in next week’s Season Finale. So let’s reexamine the twist and turns that was “Cobalt” and see what it set up for the Season Finale.

‘Insurance’ & The Meaning Of “Cobalt”:

Unlike past episodes, this episode meaning is fairly straightforward as we actually hear what “Cobalt” means. Although there is much more than just an episode title we can set up. As the episode opens we hear the suave mystery character talking about “insurance” and how it’s a joke. He wonders who can trust their family to the loose promise of a piece of paper when worse things can befall them. The placement of these words at the start of the episode aren’t a coincidence but directly tie in with “Cobalt” and the military in general.

Travis is such a man this mystery character speaks of. He’s trusted his family and neighbors to a loose promise of protection. Though as we learn in this episode, it was all a lie. The military’s plan thus far seems to be stockpile and salvage what they can and then move on. Whether it started like this or not is hard to say. If they did just plan on the smash and grab then why take the weakest with them rather than the strongest? 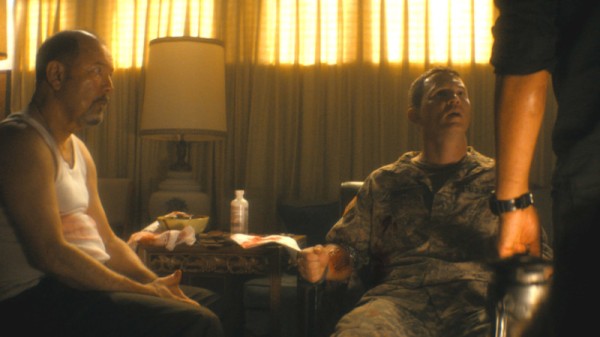 Whatever the case may be, the false promise is coming to an end in a few short hours and “Cobalt” will be in effect. During that time – and even before hand as Chris and Alicia see – the soldiers will take what they can and pull out of the safe zone. Afterwards, all civilians will be “humanely executed”. Next episode is bound to give us some more answers as to why this is happening, but if this is standard military practice during the early days of the outbreak, perhaps it’s a good thing Rick never met up with that military helicopter in the first episode of The Walking Dead.

One of the major focuses of this episode was how previously strong bonds were broken and new bonds suddenly formed between the most unlikely of allies. One the “broken” side is of course the trust between the military and the town residence – and similarly within the military itself. It’s still unknown what the military’s reasoning is, but if there is any altruistic purpose behind it, even the soldiers – and the viewers – can’t see it.

The other broken relationships stem from people having the best of intentions, but performing less than savory actions. Daniel had to do what he did to his daughter’s boyfriend, but she’s very unlikely to trust her father again. Similarly, Liza left her son to help people, but from their perspective it looks like she abandoned them. And as if that wasn’t enough, Chris is loosing even more respect for Travis as he tries to balance both families and yet pleases neither. 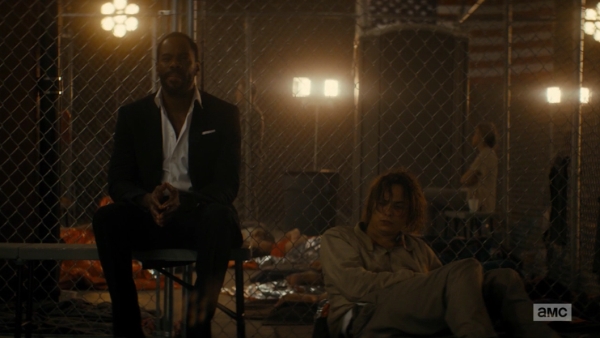 Though on the other end of the spectrum we have some surprising – or not so surprising – new allegiances. The first of which is of course step-siblings Chris and Alicia. A few weeks ago Alicia wanted to kill Chris for getting too close – which was him actually trying to save her – but now we see these two rebellious teens … well … rebelling together. It’s a safe bet something more will develop here, but let’s not get ahead of ourselves.

The other unlikely alliance is between Nick and the mysterious new ‘salesman’. That man’s role remains to be seen, but he certainly seems to hold some sway around the soldiers, but that’s most likely because of his “seller” nature. He knows how to work people and he chooses his allies wisely. And with Nick being the ‘most resourceful of addicts’ – which we’ve actually seen a few times during his detox – this new mystery character wants those kind of skills at his disposal.

The Horrors To Come – A Stadium Full Of Walkers:

If you’re wondering why the streets of LA isn’t flooded with walkers like Atlanta was, that’s because the military seemingly locked a ton of them inside a stadium – which Daniel has now found. How they were able to corral them isn’t really expanded upon, but remember that its been about a week and a half since the outbreak. The stadium was probably a shelter that then got overrun from the inside out. Rather than control the situation, the military abandoned it as they couldn’t tell walker from human anymore – a scenario that we saw play out in Rick’s hospital as well.

So what is Daniel going to do now that he’s found the stadium? Well with only hours until “Cobalt” is in full effect, this will most likely become part of his plan. Will he release them to cause a distraction? Probably not since he’s a pretty smart man and knows that that many walkers could result in collateral damage. On the other hand, he could let them out in a fit of rage when he learns that his wife is dead. 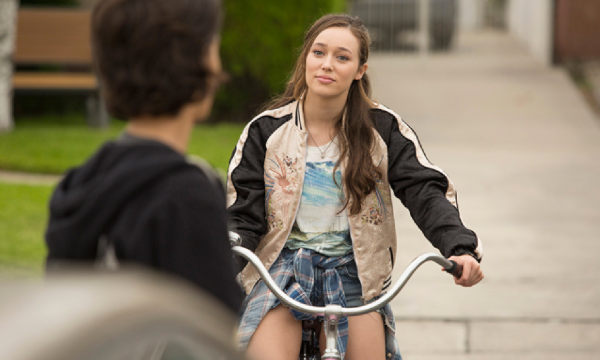 Next week is the Season Finale, so they have one last chance to leave a lasting impression on us. Can Fear The Walking Dead pull it off? We’ll find out!