Arrow has returned and much like the return of The Flash, it is off to an amazing start. With wonderful action, great story potential and an emerging vein of humor on Oliver Queen’s part – never thought I’d say those words – this Season premier kicked things into high gear really fast. So let’s take a closer look!

Oliver Queen running for fun rather than from danger? Making small talk with neighbors about schools? WHAT TWISTED FUTURE IS THIS?!?!?!?!? All joking aside though, it’s been about 6 months since we’ve last seen our heroes and Oliver isn’t the only one who’s gone through changes – and even his changes are just beginning. The vigilante Oliver has retired and now social brunch-goer Queen has risen. Though this rise is short lived as the episode demonstrates as Oliver is called back into action as Damian Darhk and the Ghosts try to wreak havoc on Star City – that’s right, even Starling City has become “something else”. Oliver’s new Arrow persona – The Green Arrow – represents a much more hopeful and heroic version of the Arrow. This is the Arrow that – unlike his former self – that CAN be the kind of hero the Flash is, the kind of hero who can inspire.

Similarly, in the absence we find Diggle becoming the new leader of Team Arrow as well as his new “identity concealment” wardrobe. Even Thea has taken a bigger role in the team, although that might not be the best of news as the Pit’s after effects seem to be returning and she’s becoming even more unhinged than usual. She seems to be fighting more for the ‘thrill’ than for it being necessary and how her transition will continue remains to be seen. Though changes took place outside of Team Arrow as well as we learn Detective Lance is now working with Darhk. At first he might not have known the extent of Darhk’s plans, but we must learn why this partnership took place. What did Lance hope to gain – or rather, stop from loosing? Maybe that’s why Lance still harbors hatred for Oliver Queen, because he feels Oliver also turned him into a monster. Though sadly, I think that blame falls purely on Lance’s shoulders.

The Flashbacks of this episode not only mirrored Oliver’s current transition; but also gave a great win for Continuity. As I explained above, this whole episode was about “becoming something else”. So in the flashbacks we saw how Oliver was trying to repress his dark side by beating people up; but instead Waller tells him to harness it. This is something we’ve seen Oliver struggle with for the past few seasons, but now he finally does seemingly have a handle on it. He’s become the hero to inspire hope rather than the vigilante to inspire fear. He’s gone through his dark stages and has come out the other side as the Green Arrow.

The other importance of this flashback was deal with the means of Oliver Queen’s initial escape from Lian Yu. When we first met Oliver Queen in Season 1 he was rescued from Lian Yu. So with last season detailing his adventures off Lian Yu, we knew he had to return. Further more, remember the “5 years on a hellish island”. That 5 year anniversary mark is quickly approaching and that means depending on timing, the next Season 4/5 would detail his final stretch of time on the island. 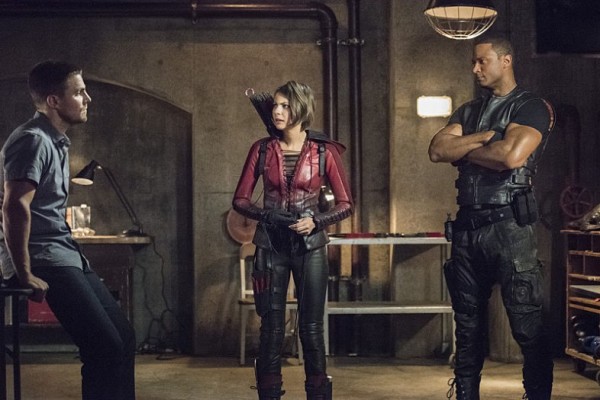 Arrow has had many ‘flashbacks’ over the years, but this week we got our first ‘flash-forward’. Is this going to be a recurring thing or will we wait in suspense until the deed is done? Either way, in 6 months time someone close to Oliver Queen is going to die. So who was it and when is this going to happen? Well the ‘WHEN’ part we can deduce is actually towards the season finale. 6 months does place us towards the season finale. Also, with Oliver’s comment to Barry about “Zoom”, it makes sense that Damian and Zoom will be the season baddies of Arrow/Flash this season as Ras and Reverse Flash were last season. But WHO dies? Well, there are 3 main suspects.

That all being said, there is still a chance Thea could be killed off. With talk of her being unhinged and Sara Lance’s adventures during the Winter Hiatus in Legends of Tomorrow showing how unhinged she is as well; there COULD be sufficient build up showing that the Pit’s effects are too dangerous. Perhaps Darhk is able to mystically manipulate Thea and turn her again Oliver and THAT is why she is put down. Which candidate do you like best? 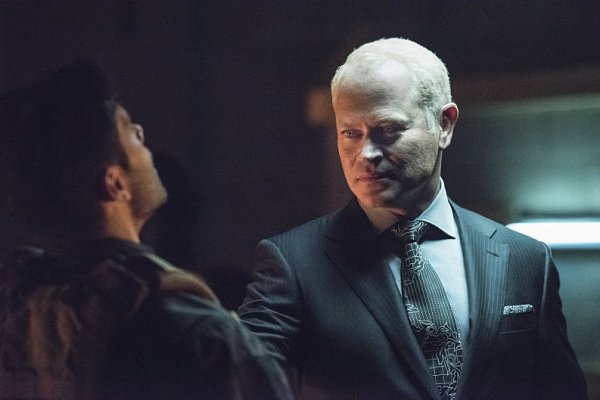 Next week, the Green Arrow will take on Anarchy as well as learn some more about the city’s quest for mayor, Thea’s condition and who/what Damian Darhk is. So stay tuned!