So yah… that happened! And all at once this season of Supergirl took an epic step forward on multiple fronts. New allies, new romance, a villain revealed and a major peg in the theme of “family”. So let’s stop gushing for a second and take a Closer Look at everything that got caught in this episode’s “Crossfire”. 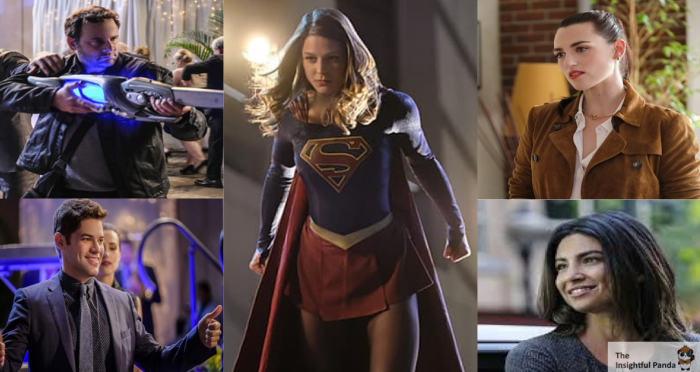 Since we first met James Olsen in the Pilot, we knew he was going to be something else. This wasn’t the tag along sidekick for Superman and Lois. This was a man who wanted to prove himself and be better. We saw him grow into the role of head of Cat Co, but that hasn’t seem to suit him yet. And it seems James agrees. Winn got a job where he can do more for people, so why not James too?

This might be a total redesign of his character, but this series has already given us one Jimmy Olsen redesign and it worked out great. So when faced with the idea of James becoming a superhero as well we can only ask – does the story call for it? And it does. Beyond making his whole character about breaking out of what people expect, we also learn that he is a Black Belt and wants to serve like his father before him – inspiration received yet again by the gain and loss of his father’s camera. So James Olsen becoming a hero makes perfect sense and even if it’s not in the comics, this story calls for it.

Thus far this season we’ve wondered whether or not Lena Luthor could be trusted. On one hand, Clark doesn’t trust Luthors after years of battling Lex and being tricked by him in the past. On the other hand, we’ve seen how Lena Luthor is nothing like her family and wants to actually change the Luthor name to be something good. Well this week we got the answer and it seems like you truly can’t trust Luthors… unless they’re Lena.

With quick thinking and brilliant forethought, it turns out Lena Luthor is indeed a friend of aliens and the greater good by taking down those heavily armed robbers. Her taking a stand and taking them down – secretly – with Supergirl prove her to be a kindhearted and brave woman who is doing good for the sake of good. She didn’t hog any glory, but acted as a great partner. And if this was hard to understand, then we got our full confirmation when we realized who her mother is and what their relationship was like. There’s definite animosity there and you can tell they’re not on the same page on a lot of things. 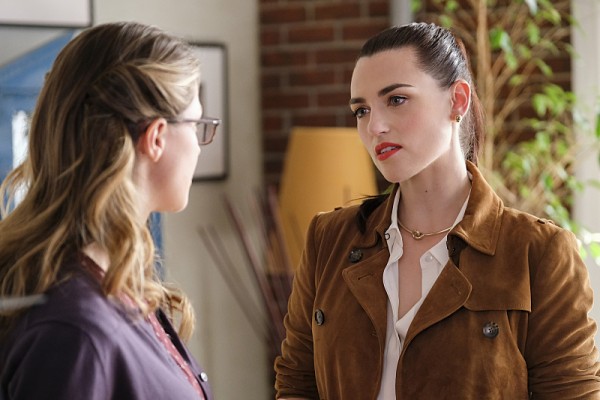 Though having the head of Cadmus be Lena and Lex’s mom adds tremendous weight and explanation to her crazy viewpoints. We heard how she’s ‘setting up aliens’ to protect people FROM aliens. That circular logic is ridiculously narrow minded, self serving and … the alien equivalent of racist (planetist?) Why is she this crazed? What did an alien ever do to her kids? Well the answer is that she sees an alien (superman) as taking away her son. It doesn’t matter that he was a terrible person. All she sees is that a big bad alien is responsible for her baby boy being locked up. Given what Lena has said about her family before and how her and Kara connected, I’m confident that she will be instrumental in taking down Cadmus with Supergirl and we’ll have a good Luthor!

Next week, there’ll be new threats for Supergirl to face as well as a powerful new alien that seems to be able to assimilate/absorb its foes. Will Supergirl prevail or will she just end up making the alien stronger? Find out next week on Supergirl!