By now you’ve learned two things from Marvel movies: Stay till the very end of the credits and things just don’t happen for no reason. If something or someone is mentioned, it’s for a good reason. Beyond the action, humor, suspense and very touching moments of Captain America 2: The Winter Soldier, there were various moments that were quickly mentioned in passing that had much deeper meanings and consequences.

Why 8 you might ask? Because there were far too many in this movie to make a Top 5. So why not a Top 10? Because my readers are as intelligent as they are beautiful – love you guys! Anyway, here’s my Top 8 fleeting moments that were either missed completely or held a level of understanding beneath their mere existence within the film.

With his body so horrendously scared, maybe a mask might be a good look for him next time around.

After his fight with Falcon and then getting a building dropped on him – literally – we saw some men wheel Brock Rumlow out of the rubble still slightly alive. How? Why? Well nothing happens in the Marvel Universe for no reason.

This initial ally of Captain America turned out to be a Hydra agent all along, but he will actually become much more in the future. Brock Rumlow goes by a different name in the comics, Crossbones. Though his back-story might be a little different, his ultimate purpose is important. In the comics, Crossbones was one of the people responsible for assassinating Captain America during the events of Civil War. When we see him next – and what role he’ll play – remains to be seen. Edit: Marvel WILL be using Civil War for the next Captain America film; but there will be a lot of differences. Remember this isn’t the comic Civil War; but the MCU Civil War .

Senator Stern after presenting Tony Stark and James Rhodes with their medals in IronMan 2. We always wondered how Fury “pulled some strings” to make this happen. Maybe one of Fury’s coworkers was in the same fraternity as Stern, or same secret evil organization.

As if learning S.H.I.E.L.D. was rotten to the core with Hydra wasn’t enough, nothing made us GASP – or exclaim ‘oh sh!t’ – like when we heard Senator Stern whisper “Hail Hydra”. The first time we saw Senator Stern was when Tony Stark completely humiliated him during Ironman 2. Seeing him bad mouth the Avengers in the aftermath of the Battle of New York was a quick little nod to his continued existence; but hearing him whisper these words showed us just how deep the Hydra infestation goes.

For all we know this is how A.I.M. got their government contract for Ironman 3. We know it’s all connected, but just how connected? And more importantly, how corrupt? 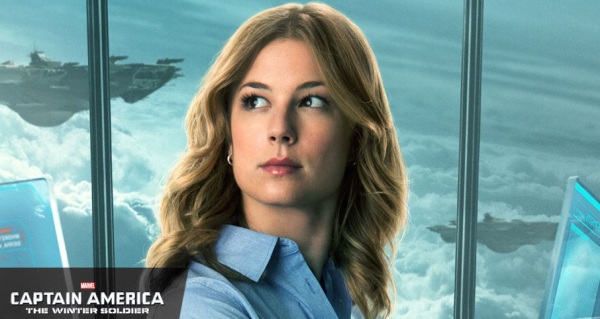 So remember the nurse/secret agent that lived next door to Steve Rogers who seemed to have potential for future romance? Well her name is Sharon Carter, and if that last name sounds familiar there a good reason for that. Sharon is actually the niece of Peggy, Captain America’s “best gal”. Talk about awkward. Although this does explain why Nick Fury trusted her so much.

In the comics, Sharon Carter is given the codename Agent 13 and does indeed form a relationship with Captain America. Sadly later in the events of Civil War, she is brainwashed by a man masquerading as a S.H.I.E.L.D. psychiatrist to shoot Captain America at point blank range along with Crossbones acting as sniper. Again, I doubt Marvel would use the same story line since S.H.I.E.L.D. is destroyed and having ANOTHER person from Captain America’s life try to kill him after extensive brainwashing would be a little repetitive.

If you were uncertain who that man during the first post credits scene was, don’t worry because I got you covered. That was the villainous mastermind and leader of Hydra named Baron Von Strucker. In the comics, Strucker was a recurring villain who not only lived through both World Wars – because he doesn’t age – but also has a long history with Nick Fury – another ageless soldier.

Clearly the ageless part will be skipped over, but Strucker’ role will be just as long lived in the films as in the comics. Thomas Kretschmann has already signed a multiple picture deal with Marvel Studios and is set to be one of the big antagonists in The Avengers 2: Age of Ultron. Could he be the man who unwittingly creates Ultron in this universe? 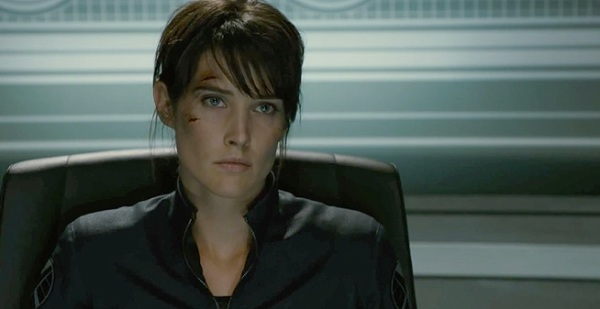 With S.H.I.E.L.D. destroyed, who will bring everybody together for the events of Avengers 2? It’s not like there’s an Avengers Incorporated, or is there? During the final moments of Captain America 2, we find Maria Hill heading into the Human Resources of Stark Industries. Hill is definitely in need of a job, but what job?

Earlier in the film we got a brief glimpse of Starks Tower from The Avengers still sporting the sole-remaining A from the aftermath of the Battle of New York. That tower is/will become known as Avengers Tower. The Avengers will become their own organization, and this scene is the start of it. Hill’s espionage background and Stark’s funding will make the perfect start for privatizing world peace.

During the same scene wit Baron Von Strucker you would have noticed the two prisoners he referred to as ‘the twins’. These are Quicksilver and Scarlet Witch, siblings who were children of the mutant Magneto. Although since FOX currently has the rights to the X-Men, Marvel Studios needed a new creation story for these two. That’s where Loki’s staff comes into play.

Some wondered if ‘miracles’ would be the word for ‘mutants’ in the Marvel Cinematic Universe, but that isn’t the case at all. These two were actually the only two survivors of inhumane experiments that Hydra has been performing with the help of Loki’s staff from The Avengers. As we learned in Agents of S.H.I.E.L.D., some people are born with powers but take a long time to manifest and/or control them. Whether the staff gave them these powers or helped them realize them is unknown as of the moment, but the scene seemed to be pointing to their powers being a result of experimentation.

If you’ll recall from The Avengers, Loki’s staff wasn’t taken back to Asgard. Since Black Widow had it last, it is safe to assume that S.H.I.E.L.D. had it in their possession and thus was one of the items Hydra would now have at its disposal. When we last saw Loki’s staff, we saw how it possessed strange energy and could even control people. This has lead some to believe that this is one of the Infinity Gems – the Mind Gem.

If this is truly the Mind Gem and Strucker is using it in experiments, there is a distinct possibility that this could be part of Ultron’s new origin story. An all-powerful Infinity Gem with could certainly explain a sentient robot with mind control abilities.

With Hydra being a part of S.H.I.E.L.D. from the beginning, it’s hard to believe that no one noticed this secret. Well, as we learned during Zola’s shocking revelation, certain individuals had uncovered this secret and paid the price before they could sound the alarm – this was revealed via a bunch of newspaper clippings shown on screen. One such headline was about the death of Howard Stark and his wife – Tony’s parents.

This adds tremendous sense to Ironman 2 when we wondered why Howard went through so much trouble to hide his research on this new element and left it as a puzzle for his son – as well as why he recorded a ‘goodbye message’ for his son. He knew he didn’t have much time and wouldn’t get to see Tony grow up. That can also explain why he shipped Tony away to boarding school – to keep him safe. How Tony will respond when and if he finds out about this remains to be seen, but I’m sure it’ll give him a very strong resolve in coming out of ‘retirement’ to fight Hydra and whatever they have planned.

While Sitwell was busy spilling the beans about Project Insight, he quickly passed over a name that may or may not sound familiar to you: Stephen Strange. Dr Stephen Strange is a highly skilled neurosurgeon who’s studied the occult in his spare time. With various mystical items in his possession, he become the ‘Sorcerer Supreme’ known simply as Doctor Strange.

Besides being a simple nod to this fellow Marvel hero, this is actually a set up for one of Marvel’s Phase 3 movies obviously titled Doctor Strange. Between being a neurosurgeon, sorcerer and martial artist, this is certainly one Doctor we can’t wait to see in action.

With Marvel’s Phase 2 only 1 film away from its powerful conclusion in Avengers 2: Age of Ultron, Captain America 2: The Winter Soldier was the set up for Avengers 2 that we had been promised. Although as you just saw, it did more than just set up for Avengers 2, but many Phase 3 films as well. Between the continuing story of Captain America and the Doctor Strange film that will be released possibly in 2017, the Marvel Universe grows more and more with each film. One can only imagine where this series will be by 2028, because Marvel Studios has already planned that far ahead. Though that’s a story for another day. Until then, keep up with Agents of S.H.I.E.L.D. and get ready for Guardians of the Galaxy later this summer – which will begin setting up for Avengers 3.

5 thoughts on “Captain America 2: The Winter Soldier – Top 8 Things You Might Have Missed”