After being MIA for the last installment of the popular Batman: Arkham franchise, Rocksteady Studios is back in the drivers seat for Batman: Arkham Knight – and this time it looks like they’re driving the Batmobile. With a Gotham like you’ve never seen before, you’ll once again become Batman as he gets ready to face his biggest threat yet. So what can you expect from this sequel? Thankfully E3 showcased quite a bit of game footage, so let’s break it down and see just what this game has to offer.

Rather than focusing on certain contained areas, the new Gotham City takes full advantage of the next-gen technology to create a sprawling city with dizzying heights. From the juxtaposition of bright light and shadowy building to the menacing profiles of police blimps in the air, this city immediately calls to mind the Gotham we saw decades ago in Batman: The Animated Series.

Though it’s not just the skyline that has been revamped. Compared to Arkham City, Gotham is at least five times larger in Arkham Knight and this is all done seamlessly. No load times when entering into a different section of the city; it’s all one big playground with extra wide roads to drive on. Just make sure to avoid pedestrians. Yes, there are pedestrians. The city of Gotham is alive like never before; but maybe not for long. After all, the city is in lockdown. Batman’s greatest foes have joined forces under the watchful eye of a new and mysterious villain.

Just when you thought it couldn’t get any worse, it does. Two-face, Penguin, Harley, and Scarecrow all take part in oppressing Gotham; but this time around they have a very wealthy benefactor by the name of The Arkham Knight. Who this character is yet, we don’t know.

What we know thus far is that the Arkham Knight is basically a militarized version of Batman; and is someone completely new to the DC Universe. Though one has to wonder if he is truly a villain, or just an anti-hero with a different plan in mind. Either way, between his high-tech armor, combat skills, and vast resources he might just spell the end of Batman. 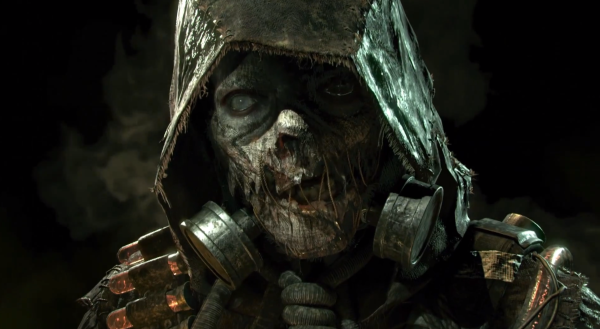 As for the other villains, during the E3 gameplay footage we saw Batman hunting down Penguin; but just as we were about to learn something about the Arkham Knight, the feed went black Scarecrow himself took over the event. Scarecrow is sure to play a large role in the game regardless, but PlayStation users will get treated to exclusive Nightmare Missions 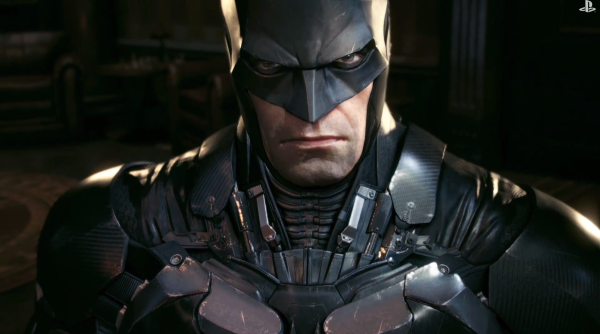 Don’t worry. Kevin Conroy returns as Batman/Bruce Wayne. It wouldn’t be Batman without him

With so many threats, Batman needs to up his game. So rather than the usual spandex and cloth suit, Batman upgrades his arsenal with a new suit that functions more like armor than a costume. Seriously, the suit up looks more like Ironman prepping for battle than Batman. The Arkham series has always done wonders in keeping Batman grounded; and despite this seemingly killing that ‘groundedness’, it actually keeps the realism intact. Remember how Batman’s suit in The Dark Knight was pretty advanced; and yet it still seemed plausible. Though the new suit is just one of Batman’s new toys.

The most noticeable addition to Batman’s arsenal is clearly his Batmobile, which will not only play a huge role in the new game; but will also always be close by. As Batman glides through the interlocking structures of upper Gotham, the Batmobile locks onto his position and follows closely on the roads below. From gliding to driving at high speed – and then from driving back to gliding using the Batmobile’s powerful eject feature – Batman and the Batmobile make quite the dynamic duo; but that’s not all.

Remember how I mentioned earlier that the Arkham Knight had vast resources? Well this new crusader has patrol forces of unmanned tanks roaming the street that Batman will have to deal with from time to time. In order to handle these new threats, the Batmobile can shift into a battle tank mode to better do away with these threats.

Though let’s face it, Batman is nothing without his martial arts skills; and those get brand new attention in this game. Batman’s always had a flare for the dramatics, so by combining that with his extensive fighting skills he is able to perform Fear Takedowns that can dispatch multiple enemies in an instant.

Seriously, where did Arkham Knight get all these weapons? Was Costco having a sale on destructive unmanned drones?

Batman: Arkham Knight is set to release in 2015 for Playstation 4, Xbox One and Windows PC. That might seem like a wait; but if everything this game demo has shown us is true, then it’ll definitely be worth the wait.