It might not be the huge open world Pokemon game we’ve been waiting for; but Nintendo has just announced a completely new type of Pokemon game called Pokken Tournament. It’s important to note that this WILL NOT be a Pokemon Stadium kind of battling game; but rather a straight up SoulCalibur/Tekken-style fighting game – as you could tell by the name.

Speaking of SoulCalibur and Tekken, the teams behind those games are actually working with Nintendo so you can be sure the animations and fighting options are going to be well though out. Though again, you can easily see that from the announcement trailer where we see Machamp and Lucario duke it out.

Good thing types don’t effect the game, otherwise Lucario would be in trouble 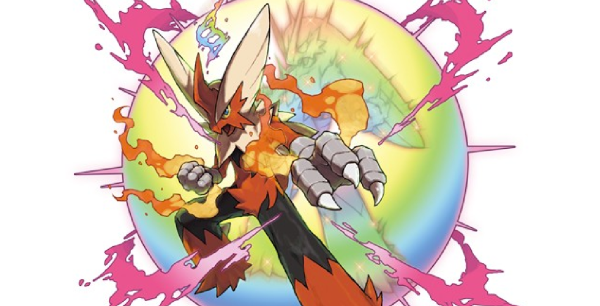 No official reveal trailer yet; but Blaziken/Mega Blaziken will be in there

We might not see it in the trailer; but Blaziken is also confirmed for this game as we saw in some leaked images from a while ago – that were promptly taken down. All in all, it looks like this game is going to choose from mainly Fighting-type Pokemon, which makes sense. Type advantages obviously won’t come into play for this game – especially since Lucario has a weakness to Fighting type attacks – but Mega Evolutions do seem to be in effect. Though Mega Evolutions will most likely factor into ‘super finishing moves’ rather than baseline battling.

The final thing to note about this game is it’s 2015 Arcade release in Japan. For all of you outside of Japan, fear not! This game will be coming to you eventually – as well as a console. Arcade games – such as Tekken – usually come out in arcades first. During this time, additional bugs are worked out and things are fine tuned before it’s released onto a console.

Pokemon and Nintendo Expert Extraordinaire Jwitz says that due to Tekken’s usual time frame for Arcade -> console, it’ll probably be late 2016 until we see this game on consoles – and I agree with that assessment. Also, at the rate Mega Evolutions are coming out, by time we see this game there might be even more Characters and Mega Evolution finishing moves to choose from. Overall this game will certainly be worth the wait and at the very least shows that Pokemon is ready to break into some new – and rewarding – gaming genres.

Personally, I’d love to see Primeape and perhaps Mewtwo X as a special boss/unlocked character; but how about you all? Which Fighting-type Pokemon do you want to enter the ring? Sound off in the comments to let me know!