This week’s episodes of The Walking Dead, Agents of S.H.I.E.L.D. and Arrow all represent massive watershed moments that drastically changed the direction of the show from here on out. The Flash on the other hand needed only Mark Hamill to have a fantastic episode. Though despite this fantastic guest star, this week’s Flash continued to answer the question “Who Is Harrison Wells” and “Is he truly evil or just misunderstood”.

So without further to do, let’s take a Closer Look at The Flash “Tricksters”

An Episode Of “Tricksters”:

This episode title is really a no brainer as the villain of the episode is ‘The Trickster’ played once again by Mark Hamill from the 1990s series. Though the title is TricksterS, plural, which of course references how it’s now the original Trickster James Jesse and his apparent son operating as two Tricksters; but there a few other Tricksters you should keep an eye on this episode. 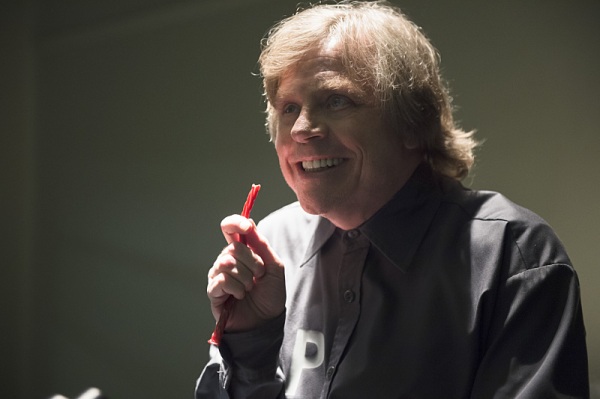 With the revelation that Eobard Thawne killed and disguised himself as Harrison Wells, he is the greatest trickster of them all as he sets in motion a 15-year Con. So if Barry wants any chance of getting ahead of him, Barry will have to learn to be deceptive too, which he gets better at by episode’s end. Though before he can trick Wells/Thawne into thinking all is well, he has to work with Eddie and Joe to trick Iris into thinking Mason Bridge simply chasing love – and not dead – in order to protect her.

The Flash has had occasional flashback – though nowhere near as many as Arrow – but this episode gave us something wholly new. This wasn’t only the furthest flashback we’d gotten thus far; but also all about the horrible truth behind Eobard Thawne and Doctor Wells. In true Arrow fashion, this Flashback wasn’t just a passing nod to something like they’d done with Gorilla Grodd or others; but rather a sustained episode-long flashback that grew more and more relevant with each passing jump.

As the flashback begins, we find the Flash and the Reverse Flash fighting at the scene of Barry’s mother’s death 15 years earlier. It’s a very fast and poorly lit fight scene so it’s hard to know exactly what was going on besides the fight; but it does look as though the Reverse Flash was trying to attack young Barry as well. Whatever the scene was, it resulted in the Reverse Flash using up the last of his powers, as this hadn’t been his first time jump battle against the Flash. With his connection to the Speed Force severed and a personal assistant – Gideon – still working in the future, Eobard Thawne could begin his 15 year Con.

“Because in the vast night sky, you Harrison Wells are the only star I see.” – Tess Morgan

The first stop was assuming the identity of Harrison Wells, who is destined to found Star Labs and the particle accelerator in 2025, not 2015. Thawne then orchestrates the crash and uses a DNA rewriter – ‘genetic camoflague’ as the executive producer Andrew Kreisberg calls it – to completely make himself into Harrison Wells and set the events in motion a little early. Though just how spot on this transformation is remains to be seen. Is it just a physical reshaping or is Thawne’s blood the same as Well’s now? Is it just physical and biological aspects that are copied or are emotions and intellect copied as well? 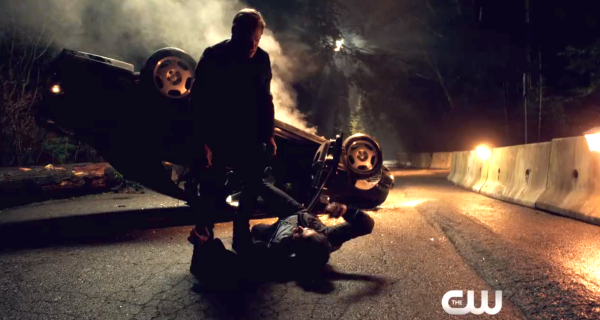 He’d have to know the things Wells knew, and we’ve also seen him talk about his love for Tess at different points. Could some of the old Wells truly be overwriting some of Thawne. Even if this is the case, it certainly won’t be enough to make him good; and I certainly don’t think it’d be permanent. Matt Letscher plays an excellent Eobard Thawne and I’m sure this isn’t the last we’ve seen of THAT Reverse Flash.

Bringing Eddie Into The Fold Of Lying:

As the episode begins, we see that Barry isn’t exactly great at lying to people – or at the very least concealing his new disdain for Wells. He feels betrayed as the man who was like another father to him is now revealed to be the man who potentially killed his mother. By episode’s end though, Barry seems a bit more able to put his feelings aside and disguise the truth. Whether or not Wells believes this is another story; but this new attitude will shape a few relationships on the show as now Eddie is trusted with the secret of Barry’s identity.

We might dislike Eddie sometimes because he’s the rival of Iris’s affections; but he is a straight shooter and does love Iris. So now that he is lying and trying to cover things up, this is going to put a strain on their relationship. It’s rather ironic that Barry – the innocent and honest individual – is slowly going to learn Oliver Queen’s lesson of how secrets can drive people apart. Considering next episode is an Arrow/Flash crossover, I’m sure this theme will play a massive role.

The 1990s Return With A Vengeance – Easter Eggs Everywhere:

This episode was basically a tribute to the 1990s Flash. Not only is Barry’s father Henry played by the original Flash from that series (John Wesley Shipp); but this episode also featured several other allusions to the 1990s series. We of course know Mark Hamill reprised his role as the Trickster; but did you know that Mayor Anthony Bellows (played by Vito D’Ambrosio) was actually a cop (with the same name and actor) in the 1990s series? 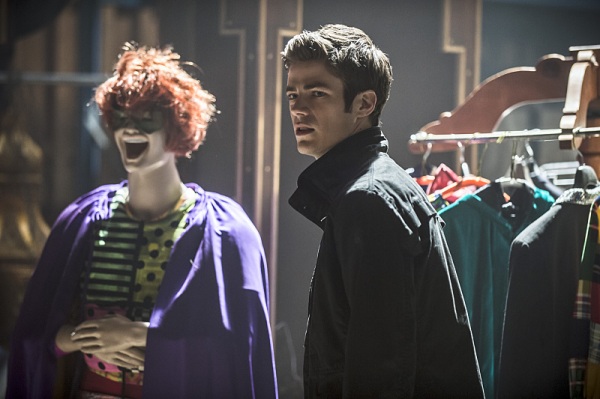 The final awesome moment to parallel the 1990s as well as to help along this show was when Barry revealed his identity to his father. This causes Henry Allen to ask his son “what does it feel like when you’re running down the street like a bat out of hell”, which is funny because – again – the actor that plays his father used to play the Flash in the 1990s series. Additionally, this ‘what is it like’ feeling is also how Barry learns that Wells/Thawne is the Reverse Flash because his description how Barry should feel running was too spot on for just pure ‘imagining’. He must have done it himself.

In A Flash – Other Easter Eggs, Quotes & More:

Rather than a specific ‘next week on the Flash’ teaser, we got a look at what’s left to come this season. Though next episode will undoubtedly be the All Star Team up of The Atom coming to Central City, along with Felicity and Laurel. What brings these heroes to Central City? Who knows; but with things in Starling City looking so bleak and anti-vigilante, I’m sure this week’s Arrow will set it up.

So stay tuned here for tonight’s Arrow – as well as next week’s Flash – for all the details.