Let’s face it: 2015 is a pretty epic year for movies! Avengers: Age of Ultron crushed the box offices and made the Marvel Cinematic Universe the highest grossing movie franchise of all time. Director Colin Trevorrow brought the 90s classic Jurassic Park back to life with the incredible Jurassic World. Finally, this Holiday Season will see the return of Star Wars in its first non-prequel film in over 20 years with Star Wars Episode VII: The Force Awakens. And yet, it is a small Swedish film called Kung Fury that might just be the greatest thing of 2015!

How could this be? What’s so special about this Kickstarter-based action comedy short film? To answer that, here are the Top 5 reasons why Kung Fury is not only a fun film, but also achieves something no other has in 2015 – or recent memory.

Let’s start with what makes this film a good one – quotability. It’s almost impossible to watch this film without coming away with at least 10 different hilarious quotes. Some of them could be cheesy 80s one-liners “Knock knock … knuckles”, “Tank you” or “You don’t need that spine, it’s holding you back”. Others could be completely. Some could be completely random lines like “Yah, that’s my bicep” or “Before I could pull the trigger, I was struck by lightning … and bitten by a cobra” Whatever the lines might be this film is full of them. I could list them, but it would basically be a transcript of the entire film. So whether you want a T-Rex telling you “Teamwork is very important” or Thor Odinson telling you to “Check out [his] pecks”, this film has got you covered!

Saying Kung Fury is an amalgam of 80s stereotypes is an understatement. Crazy action sequences, guns not needing to reload, and severely overestimating what computers can do are just some of the things this film borrows from the 80s. Though this film isn’t just some cutting-room 80s Chimera, but rather finds a solid structure as an 80s-satire in the same way Mel Brooks does with his genre-satires. Somehow finds a way to fit together perfectly; but the really impressive thing about this film is how it is COMPLETELY self-aware. 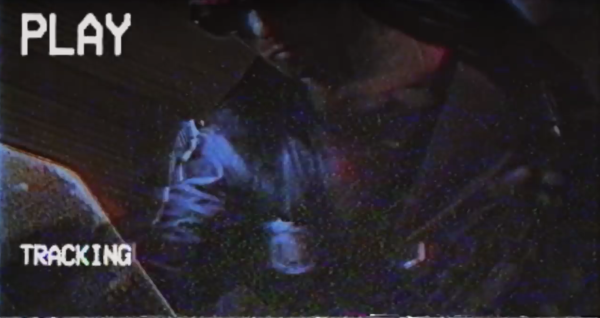 It’s not just the infomercial style product placements, the timely one-liners or even the patented Jean Claude Van Damme demonstrate this films dated nature. It’s not even how the Arcade Machine had to insert a coin in order to keep rampaging – which was great btw. The greatest moments of self-awareness were when we see the camera ‘tracking’ and start fading in and out. It’s almost as though we are watching Kung Fury on an on Betamax or VHS tape.

Kung Fury didn’t just use a lot of visual/vocal references to the 80s, as their soundtrack embodies some of the greatest things the 80s music scene brought us: electric guitars, heavy synthesizer use, etc. It might not win a Grammy Award, but it’s so much fun to listen to who cares. Each track brings you back to the days of Top Gun, Knight Rider and Airwolf.

Even if you didn’t recognize a single one of these musical references, you can’t deny how empowering the soundtrack is. The epic build up and sustained energy of these tracks earn them the right to be put on any Workout Playlist. Though it is the title track “True Survivor” that embodies all of these traits.

It’s been so long since a film had a title track that was so successful it became synonymous with the film itself – I’m going to guess a Will Smith film. “True Survivor” does all this and is genuinely a really fun track. It sounds like it should be on the Top Gun soundtrack. Even more awesome/hilarious is that they got David Hasselhoff to perform it, which only adds to the 80s references due to his role on Knight Rider and having a pretty popular singing career in Europe.

Kung Fury isn’t some huge blockbuster film or even a moderately financed Indie film. It was a film ultimately started by one man with the support of thousands! When Kung Fury originally appeared on Kickstarter, all it had was a trailer to reach its $200,000 goal. By the end of its run, this over-the-top action comedy had gained over $600,000 in funds and would have easily achieved even more had the donations remained open. And rather than enjoy these excess funds, writer and director David Sandberg allocated all the funds to make the film even more awesome!

In the end, Sandberg delivered everything he promised with Kung Fury. Unlike some films/TV shows that pretend to be something they’re not – ie: The Amazing Spiderman 2, Galavant, etc – Kung Fury was EXACTLY as advertised in both story and purpose. Sandberg achieved his goal and showed the world that ANYONE can make a movie and achieve widespread admiration if you are truly dedicated . In many ways, Kung Fury is a Cinderella story that shows you don’t need Hollywood talent or a multimillion-dollar budget to have an action packed hit! Though what if they did have some Hollywood backing?

Kung Fury isn’t just another ‘fan-made internet video’, and nothing says that more than the fact that Kung Fury actually premiered at Cannes – the famous International Film Festival. And if you thought this random piece of cinema would be ill-received, you couldn’t be more wrong. The audiences loved Kung Fury, so much so that it is actually going to get a full screenplay. That’s right, sometime in the future we will have a feature length Kung Fury movie.

Sandberg has teamed up with producers Seth Graham-Smith (Abraham Lincoln, Vampire Hunter) and David Katzernberg (The Goldbergs) to make a full-length script. We don’t know anything about the story yet – since it will be its own thing – but the universe will be the same. So if this isn’t a reason to be excited about Kung Fury and what David Sandberg accomplished, I don’t know what is.

Whatever lies ahead for Sandberg and his team, it’s certainly going to be awesome! And who knows, maybe it could even lead to some spin-off series. One could even be called Kung Furry. If that’s so, send me a message Sandberg! I know a Panda who would be more than happy to help 😉 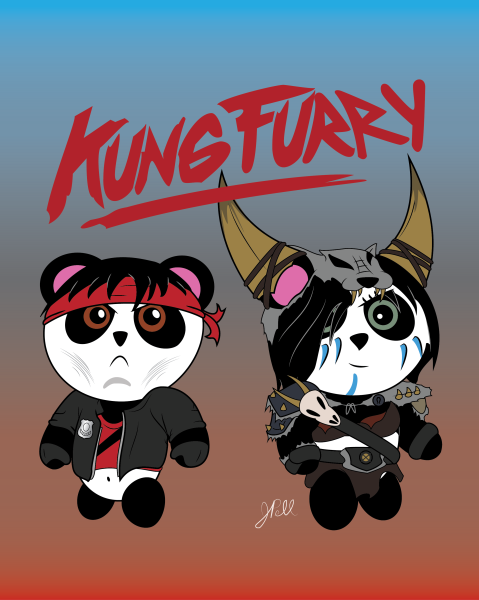