With San Diego Comic Con only a few weeks away, it’s time for us to do a quick recap of some of the biggest Marvel Developments of the past few weeks. Sure Marvel, Sony and Paramount might be sitting this SDCC out, but I’m sure they’ll all ‘remotely’ release something for the fans – or make their presence at D23 Expo even bigger. Either way, from Spider-Man casting news to secrets about Season 3 of Agents Of S.H.I.E.L.D. , there’s a lot we need to catch up on. So let’s run through these project developments in alphabetical order.

Earlier this week, Marvel’s Agents Of S.H.I.E.L.D. posted a seemingly familiar – yet different – photon their Instagram of Skye. So what’s so special about it huh? Well, the image actually held a special teaser about Season 3 if you played with the exposure and contrast of the photo. Similarly to how Marvel movies have conditioned us to always stay for the Post Credits, does this mean that now every time Marvel posts a photo we have to photo manipulate it to see if there’s any hidden messages? Well that remains to be seen, but right now let’s talk about what is important: the secret message. 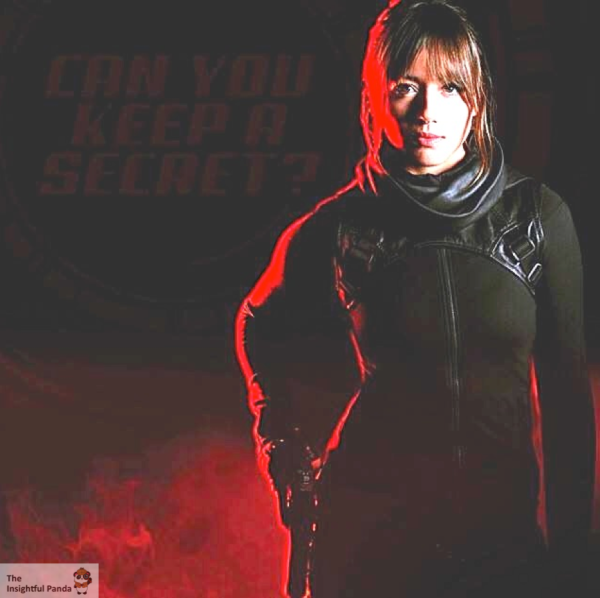 Top left corner: ‘Can You Keep A Secret?’ – For you Skye, anything ❤

So, “Can you keep a secret”? Well as we predicted a while back – and many other Insightful viewers will remember – Season 2 ended with Skye and Coulson deciding to create their own team of heroes, like the Avengers but away from the public eye. Rather than these being the ‘Secret Avengers’ – a team Captain America will most likely lead in the upcoming Civil War film, all these hints actually confirm the arrival of the “Secret Warriors”, a team lead by Nick Fury and – guess – Daisy Johnson in the comics.

This idea is also supported by the fact that Luke Mitchell (aka the Inhuman known as Lincoln) will be returning for Season 3 as well. As for who else will be joining the team remains to be seen; but with Agents Of S.H.I.E.L.D. and the MCU tying in closer and closer, its possible we’ll see even more disputes and set up for Civil War now that there’s more powered people running around. Though with all these powers, who could they be facing? 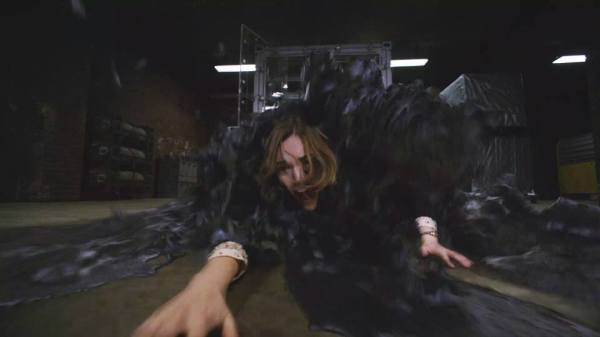 The easy answer would be Hydra, Leviathan or some other Marvel evil group, but judging by the shocking ending perhaps our enemy lies elsewhere. Graviton is still lying around somewhere to be awoken. Although considering Simmons sad fate – last seen being dragged into a morphing pillar – the enemy could lie … elsewhere. We’ve already heard that the group will almost immediately notice Simmons absence, and will go to save her – so that’s good – but save her from where/what/ etc?

Well despite being told that this device was a failsafe to destroy the Kree-invented Inhuman, this device COULD actually have an deeper origin. In the comics, the Secret Warriors were a part of driving back an invasion by the Skrulls – the mortal enemies of the Kree. Could that massive black pillar actually be a repurposed Skrull device the Kree wanted to use against their failed Inhuman experiments? It’s not too outlandish to think so. Then again, maybe it’ll just give Simmons power draining powers. With San Diego Comic Con only a few weeks away, we should be getting some more answers very soon!

Ant-Man will be hitting the big screen soon and with that awareness we got two pieces of information that are both expected and surprising – but not at the same time. For starters, Marvel recently released a bunch of character posters for the film and each one shows a character interacting with a tiny Ant-Man differently. For Hank, Ant-Man is on his shoulder – as a sort of partner idea. We see the villain Darren Cross trying to squish him and … wait … is that Hope Van Dyne about to flick him away?

Well this certainly follows her attitude towards Scott Lang that we’ve seen thus far in the trailer; but is there anything more she’ll do about it. Is there any other way she can try to ‘show him up’? Well we just got word that Wasp is INDEED confirmed for Ant-Man. Additionally, even Hope’s mom Janet will have a brief cameo in the film; but any other news is either rumor or extreme spoilers, so I’ll avoid those. Though considering these revelations, I wonder if my initial predictions of Giant-Man making an appearance will as well come to light. 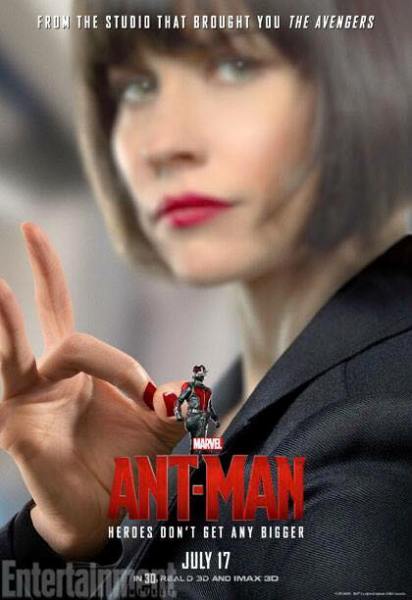 Beyond all this though, there is one appearance that sadly will not be there – Stan Lee. Initially Stan Lee said he would be in the film, but due to scheduling conflicts he had to drop out. Whether this is a red herring or not, it’s too soon – and sad – to tell. That being said, I’m still confident we’ll get some Stan somehow someway. How you ask? Look at Daredevil, where Stan Lee’s cameo was a quick photo of him as a police officer during the Season 1 finale.

So in the end, Stan Lee could totally have a cameo even if he can’t physically make it to filming. Besides, this is Ant-Man, perhaps he’s there but we just can’t see him. Maybe Ant-Man ends up in a sewer pipe outside Stan Lees house or the repairman eventually called to fix the broken glass at Cross Technological Enterprise is Stan Lee. It’s Stan The Man, he can be anywhere and everywhere he wants to be!

As we learned a few weeks ago, Jon Bernthal has been selected to play The Punisher in Season 2 of Marvel’s Daredevil. As of the moment that is the only confirmed new addition for Season 2; however, the rumors of Elektra and Bullseye castings continue and could spell a VERY heartbreaking Season ahead. I already showed how The Punisher will test Murdock’s views on killing, but if these other rumors are to be believed, then it’s quite possible we’ll see Bullseye follow his comic arc and try to kill EVERYONE close to Daredevil – Karen, Elektra, etc. In fact, by Season’s end, we could eventually find a Daredevil that begins to accept The Punisher’s own brand of justice. Seriously, this show has such a gold mine of material, I could go on forever!

We just passed the ‘500 Days Of Strange’ mark, as in there are now less than 500 days until Doctor Strange is released. This might seem like a long ways away, but we are starting to get some really juicy casting news. Besides Benedict Cumberbatch playing the title character, it appears Chiwetel Ejiofor – best known for his role in 12 Years A Slave – will be playing Strange’s nemesis Baron Mordo. This might seem like a departure from Mordo’s usual Tibetan character; but considering Tilda Swinton is up to play The Ancient One – a character who is neither white nor female – some change-ups might be expected. 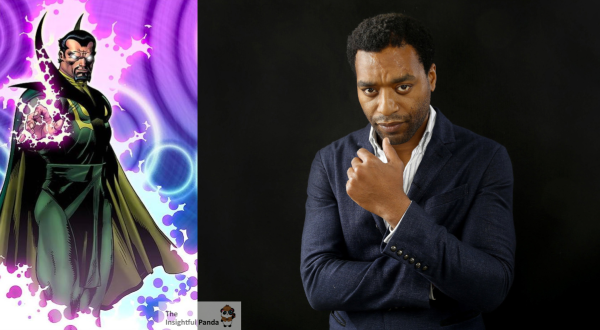 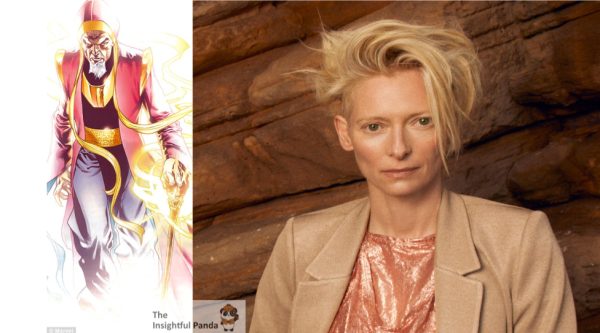 Though despite some of these interesting character alterations, this is still a really strong cast! In fact, just because Ejiofor is playing Mordo doesn’t necessarily mean he’ll be the solo baddie. Mordo has had a very complex relationship with Doctor Strange in the comics – usually bad, but sometimes also good. How much this film will span remains to be seen; but I personally feel like Dormammu (aka The Eater Of Souls, Lord of Chaos, The Dread One, etc) will end up playing quite the role – even if that role is to be set up as a Phase Four Big Bad.

It seems like forever, but Marvel and Sony have finally come to an agreement on not only who they want to play Spider-Man, but also who they want to direct. The lucky winners are Tom Holland and Jon Watts; and if you’ve never heard of them before that’s ok. Getting relative unknowns has worked amazingly for Marvel thus far and these should be no exception. Tom Holland – not the exercise guy – is a child actor known for his roles in The Impossible and In The Heart Of The Sea. There were no shortage of contender for the part, but in the end Holland best embodied the High School Freshmen Peter Parker Sony and Marvel wanted for this new franchise. 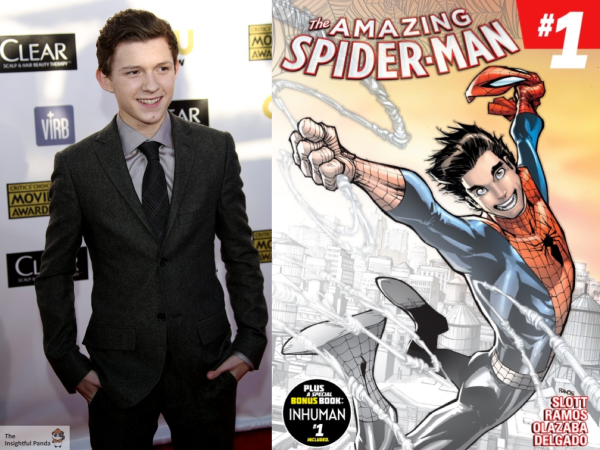 Again, this film won’t be an origin story because we will see a Spider-Man cameo in the upcoming Captain America: Civil War – and because we all know the origin story by now. In fact, Holland actually screen tested with some of the Civil War cast before getting the role – to make sure he meshed well. As for the full-length Spider-Man movie, Director Jon Watts has been selected and is already prepping to live up to their expectations. In the Official Marvel Press Release, Feige even commented:

“As with James Gunn, Joss Whedon, and the Russo brothers, we love finding new and exciting voices to bring these characters to life.  We spent a lot of time with Jon and find his take and work inspiring.”

Being as this is a shared project financed by Sony and co-produced by Marvel, it’ll be interesting to see what happens with this film. With this film being Sony’s and yet still very much creatively driven into the Marvel Cinematic Universe, this film’s future will be very closely watched. With so many people liking Andrew Garfield’s version of Spider-Man in The Amazing Spider-Man series, they know they have some big shoes to fill. Though hopefully this Super Team Up can give this RE-rebooted franchise just as much power as it does responsibility.