Back in 2012, some of my friends told me about this game for Android called Ingress. With its Augmented Reality, compelling vision and massive multiplayer potential, it instantly made me envious as an iPhone user. It wasn’t until 2014 that an iOS version was released, but by then I had lost interest and my friends had all moved on to other Apps as well. But that’s what happen nowadays. If only we could go back to the days when we all had Gameboys and trade/battle Pokemon after school… Spoiler Alert: In 2016 we will!!!

This past Thursday the world rejoiced as Nintendo called a special Press Event to announced a new project called Pokemon Go, which will give both Android AND iOS users the chance to relive their Pokemon Master dreams. Though as exciting as this news is, there has also been some pretty big misconceptions about what this game will and will not have. 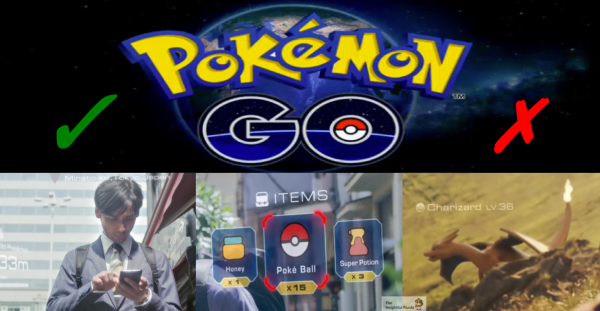 The final product might not be what you thought it would; but Pokemon Go still has everything it takes to be a HUGE HIT! So let’s take a closer look!

Analyzing The Trailer – In-App Purchases, Add-Ons & How Many Pokemon Are Featured:

First off, let’s look at what we can learn from the trailer. Aside from the whole ‘find and catch Pokemon’ thing, we can see lots of finer details. For example, we see different options of Pokeballs and heal items. How these items will be gained remains to be seen, but the mention of In-App purchases could in fact be referring to these. There of course could be a way to acquire In-Game currency – perhaps via steps or milestones – but most likely In-App purchases will be the way to bypass these.

Similarly we see in the trailer how a trainer will be alerted to a nearby trainers presence and can choose to surprise attack their Pokemon. This most likely adds to the ‘train’ aspect of Pokemon Go, but also raises the question about Pokemon Centers to heal your tired team. If I had to wager a guess, I’d say a Pokemon’s strength will return with time depending on its Level/EXP; but In-App purchases could also serve as a sort of Pokemon Center to quick heal your team. 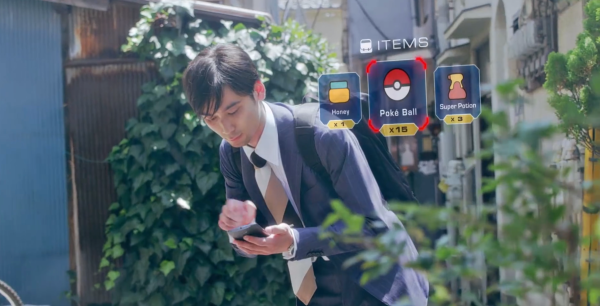 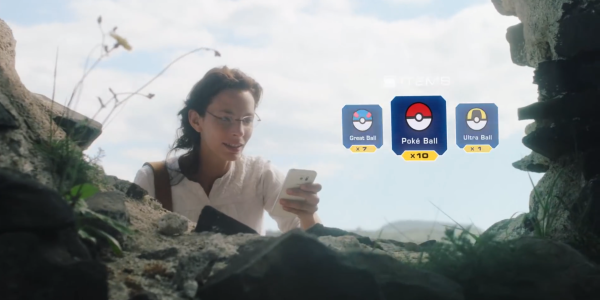 As for Add-Ons to the game, the only one known thus far is the Pokemon Go Plus, which can be worn as a bracelet and alert you to the presence of nearby occurrences. Though if you don’t want to wear it on your wrist, you can also wear it on your clothes, sort of like a real live Pokemon League Badge – which I’ll get more to a little later. As for any other Add-Ons to the game, nothing has been announced yet but I will explore a couple ‘reasonable’ options a little later as well.

The final thing we can tell from this trailer is about the Pokemon themselves. When discovering a Pokemon, you will be alerted to its location and have to actually track it down. Additionally, Pokemon can be encountered at different Levels. What determines these levels at the moment is still unknown – as is the evolution mechanic.

Finally, unlike the Google Maps April Fools commercial, here every Pokemon used is of the original 150. With this being a more mature game with a very innovative system, Pokemon could be aiming to engaged the original Pokemon fans who are now in their mid 20s/30s by starting with the most well known of the Pokemon Universe. Additional expansions could of course be added later, but why worry about all those just yet. Bringing the original and beloved 150 to the augmented world is much more plausible that all 700+ there are today. With a game as groundbreaking as this, other components are best left as ‘back to basics’.

Pokemon In The Real World – Pipe Dream Or Eventual Possibility?

Though as exciting as the announcement trailer was, that wasn’t actual In-Game footage. In fact, it bore a striking familiarity to last year’s Google Maps April Fools joke. And we all know how that looked in reality. Sure it was fun, but seeing a Steelix icon on a map was much less interesting than seeing one rampage through a city. So will this game be just as much of a visual let down? Honestly, I’m thinking it’ll land somewhere in the middle – with possible room for improvement.

Augmented Reality Pokemon do actually have precedent in the Nintendo dream Radar which spliced Pokemon into the world around you. Sure it has a long ways to go, but it’s still a start. With VR gaming slowly starting to take off, it is possible; but how do you get past the problem of still needing a screen. Will you have to hold up you phone and search for the hidden augmented Pokemon? If only there were some way to see it natural like this trailer makes it seem.

Well Google does have another innovative project that could solve that problem: The Google Glass. If there was somehow a way for the App to interface not only with the Poke wrist/pin Add-On but also an item like the Google Glass, we actually could get something very close to this trailer. Though even if Pokemon Go doesn’t expand on the tech side, there are still numerous ways we the Gamers can expand this game – as long as the right steps are taken on the developers end.

What will truly make this game spectacular is if the developers take the time to really focus on locations aspect. Sure general Pokemon like Pidgey, Nidoran, Pikachu, etc can be available anywhere; but what about more location dependent Pokemon. I’m not simply talking about Goldeen in small lakes and Gyarados in large lakes; but rather rare Pokemon that take something a little extra. 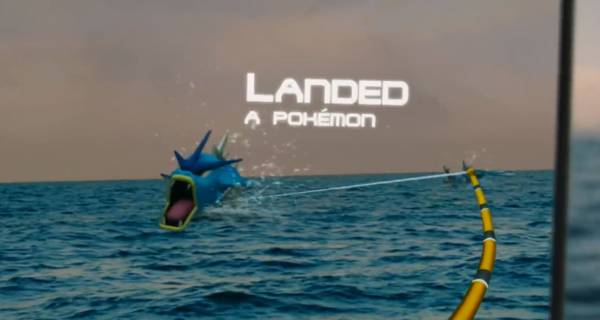 Imagine traveling to a volcano to capture a Magmar or Moltres. Taking a trip to Alaska, the Himalayas, etc to find Articuno. Visiting Loch Ness to capture a Lapras! This fusion of Pokemon and location might seem difficult, but imagine how much fun it would be to ACTUALLY “travel across the lands, searching far and wide”! This would bring a level of Immersive Gaming the world has never seen! But it wouldn’t end there! Because if we can travel for Pokemon, who’s to say we can’t travel for other trainers!

One of the coolest features of Pokemon Go isn’t just catching Pokemon but also battling other trainers. Imagine going for a hike and then spotting another hiker wearing a Pokemon Go Plus. IT’S ON!! Player vs player battles would easily become one of the most replayable and social features of this game. And with so many players battling, the highest ranking will soon be known – but could they be called more? 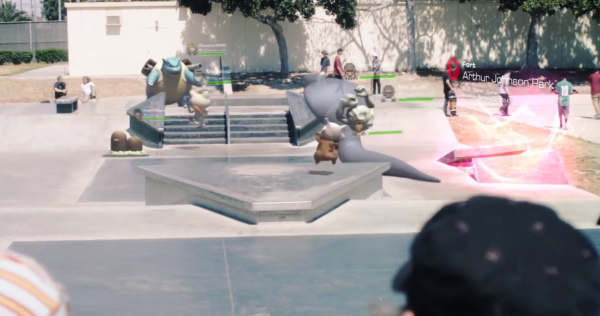 With all these social aspects and PvP battles, who’s to say some top tier players won’t start forming their own gym! Imagine traveling to a new city and meeting the Pokemon Gym Leader there and earning a badge for your achievement. It can even function like Gyms in Pokemon Origins, where the Gym Leader can use a pre-set team based on how many badges you already have – or something of the sort. If done correctly, The Pokemon Company could actually act as the Pokemon League itself and appoint Gym Leaders! Though with all the good of Pokemon coming to the Augmented World, would some of the bad come with it?

The Shady Twist? – The Rise Of Team Rocket Trolls?

As with every other game ever created, there are bound to be Cheat Codes and Hacks for Pokemon Go; but how deeply will they go. Will someone devise a way to hack into other players accounts and steal their Pokemon. Will someone form an actual… Team Rocket? 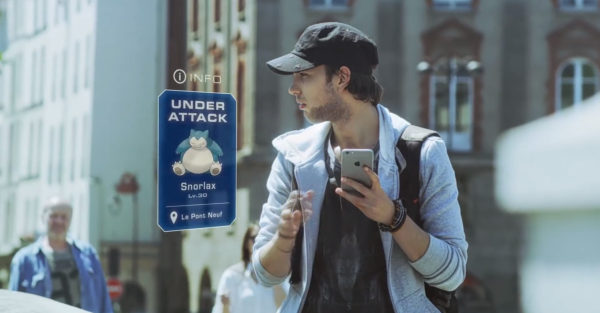 This is hard to say at the moment since we don’t really know how Wild Pokemon encounters will spawn. With large scale events – Like Defeat Mewtwo – will all the trainers involved catch Mewtwo or just one? Will Rare and Legendary Pokemon have very limited spawn rates that count for everyone? Or will each game have its own ‘spawn per place’? Knowing the answers to these questions are key when pondering a Pokemon Go Underworld. If these Rare and Legendary Pokemon are excessively hard to get, you can be sure some players will try to dominate the market and capture as many as they can!

Making The Fantastical Plausible – The Team Behind Pokemon Go!:

When it comes right down to it though, the success or failure of this App depends on the people behind it. For starters, many of you have probably never heard of Niantic before – and that’s ok! As I mentioned at the start of the article, Augmented Reality is kind of Niantic’s thing. Ingress had an incredibly strong following and really go people involved. So when it comes to this game’s location services, social interaction and overall ‘playing with reality’, Niantic has all the experience you’d want. Hell, they even used to be a part of Google – until the whole Alphabet restructuring – which is why I’m hopeful eventually we can have some Google Glass applications.

Though even if you have complete faith in Niantic to ‘make this game’, how can you be sure it’ll still FEEL like Pokemon? Well fear not because the Game Director of GAME FREAK inc. Junichi Masuda is in on the project as well! Masuda is a gaming legend and has worked on Pokemon Games since the very beginning! So if anyone could help set the tone, design and overall feel of the game, it’s him! Further more, I’m pleased to announce that Pokemon Company CEO Tsunekazu Ishihara has actually been working on this with Nintendo for about 2 years already! 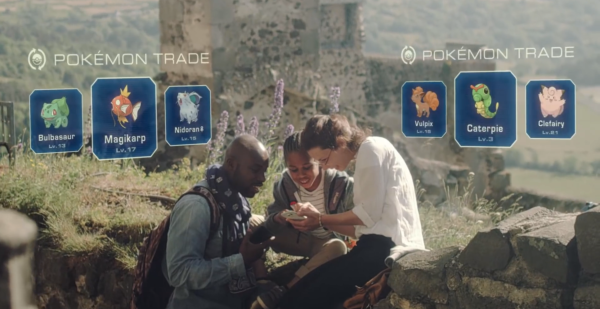 With Niantic, Pokemon & Nintendo all working hand in hand on this project, I think we can expect great things! After all, the games 2016 Release Date will mark the 20th Anniversary of Pokemon! Time flies huh! So stay tuned for more exciting updates! Who knows, perhaps if this game is only the original 150, they’ll eventually release expansions. In which case, SOMEONE FIND ME A TOTODILE!!!!!!!!

3 thoughts on “Why You Should/ Shouldn’t Be Excited For Pokemon Go!”