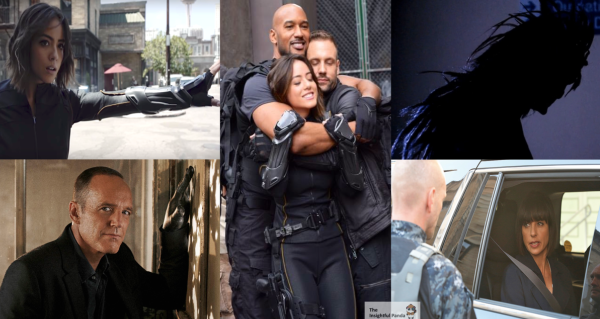 After what has seemed like an eternity, Agents of S.H.I.E.L.D. is back and they’re wasting no time. With brand new threats closing in and a new team slowly assembling, how will our heroes – and humanity in general – handle these new “Laws of Nature”? WOW it feels good to be back! So let’s get started and answer this and more in this week’s all new Declassified!

Long time readers will know that I love breaking down WHY an episode is named what it is. They aren’t just pulled out of a hat, but reveal a deeper theme(s) of the episode and what’s happening. So why was this episode called “Laws of Nature”? Well, we might have heard the quote – “The laws of nature have chanced; and until the laws of man have changed to reflect that, we can only do what we feel is right.” – but there is actually a lot more meaning found here than a simple ‘quotable’.

You see the Laws of Nature actually have changed and this episode paid special attention to show that – literally. Think about how many times they said the word “ecosystem”. Think about the re-explanation of how the Terrigen crystals got into the fish and other marine life that then got eaten by bigger fish and then turned into fish oil and other – most likely – edibles out there. If you’re still not convinced, take a look back at the final moments where we see Coulson watching a oceanic current simulation of how the Terrigen is spreading.

These were all purposeful additions to show that the Laws of Nature HAVE changed. Not only is the ecosystem changing physically, but there is also a change in HOW the Inhumans arise. There is no longer that give and take aspect. The Diviner metal is gone and only the transformative Terrigen remains. This effects only the Inhumans biologically, but their new found presence pushes the world closer and closer to the end of an Era – or so the Government, Media and Public think. 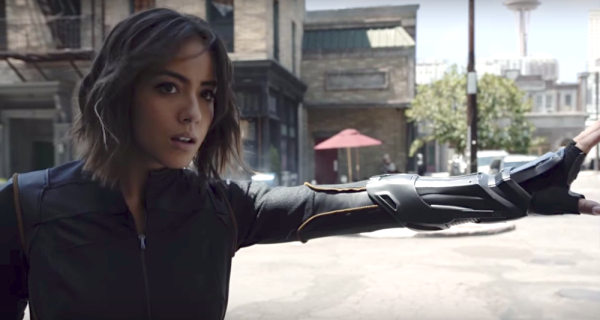 The Laws of Nature have indeed changed and right now Man is severely underprepared for how to handle this change. We’ll find that they will be faced with many questions. Are these people Human or alien? Do they deserve rights? Should they be feared? These questions won’t get quick answers and in fact they’ll persist all the way up to Captain America: Civil War – and potentially further. It’s here that we remember best that the Inhumans are now also partially the MCU stand-in for mutants.

All the stigma that surrounded the X-Men/mutants in comics will now be felt by the Inhumans as the world of man adjusts to this new world order. Though there is one “Law of Nature” that remains unchanged: Survival of the fittest, and it seems as though that’s a race many are vying for and one in particular was born for.

Between the comment about Hydra funds being eerily silent and Hunter’s desire to hunt Ward down – not to mention the fact that Ward’s a part of the Agents of S.H.I.E.L.D. Season 3 Poster – we know Ward and Hydra are returning. It’s more of a question of ‘When’ rather than ’If’, and considering we saw both on the teaser for next week’s episode it’s going to be soon. What Ward’s plan to reassemble Hydra is remains to be seen – if it’s even still Hydra. He’s going to want recruiting/ manipulating some pretty strong allies, but he’s going to find that S.H.I.E.L.D. is no longer his only competition. 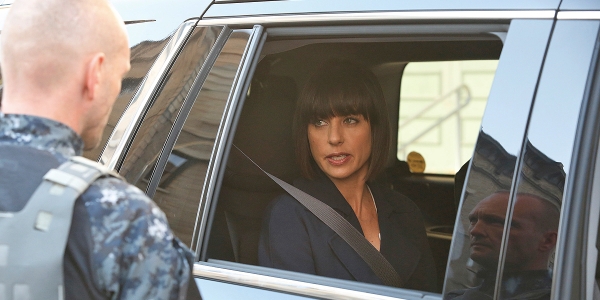 The mysterious Rosalind seems to truly be the one giving orders not only to her men, but also to the President himself. In the comics, Rosalind is actually Rosalind “Roz” Solomon, an Agent of S.H.I.E.L.D. primarily tasked with protecting the environment. This is quite different from her MCU designation as the apparent head of the Advanced Threat Containment Unit (ATCU), but remember it is still quite early. Roz and Coulson could very well be on the same team. We learned on the train that Roz and her men weren’t responsible for killing any of the Inhumans. And judging by the injuries seen on the corpses in her lab, those Inhumans weren’t being dissected either, but instead suffered a savage blow from the most terrifying threat the Agents of S.H.I.E.L.D. have ever seen – Lash.

If you’ve kept up with my last article, you should know who Lash is by now. Though I’ll give you the short version here. The mysterious assailant was an Inhuman known as Lash who is a purist to the extreme. He feels that being an Inhuman is an honor and not a birthright. If he deems you unworthy, he will kill you. There’s a LOT of potential that his story here will follow his comic arc fairly closely – but again, you can read all about that in my last article which compares the two. All you have to know is he’s incredibly strong, resilient, has energy manipulation powers similar to Lincoln’s – just much stronger – and sees himself as judge, jury and executioner when it comes to upholding the purity of the Inhuman lineage. So you can image his discontent when people all over the world start becoming Inhumans at the flick of a switch.

As I pointed out in the Season 3 Trailer Analysis, the team was going to be quite different when we got back. Though this wasn’t just a simple change in roster, but rather something that is causing emotional repercussions for the entire team in some way, shape or form. After all, how would you feel if you lost your right hand (wo)man. Coulson knows this far too well as he’s not only trying to get used to his new left hand, but is also trying to come to terms with the loss of his “right hand”, Agent May – who was last seen going off on vacation with her ex-husband. Is she enjoying an extended second honeymoon? Did she leave S.H.I.E.L.D. all together without telling anyone? Is she in trouble? Coulson would really like to know. 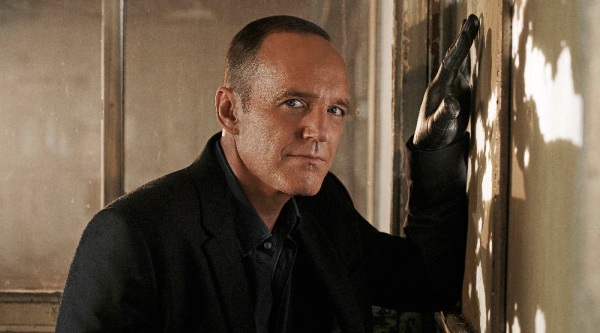 There’s more than one set of “married couple” problems on the team as we catch up with Hunter and Bobbie – who AGAIN are back on awkward terms. Ever since Bobbie’s torture and near death at the hands of Ward, she’s still been recovering and Hunter wants revenge. Whatever these two are – a couple, teammates with extended benefits, etc – it isn’t something that can be dealt with until Ward has been dealt with. I’d worry about where this relationship is heading – and if Hunter might get killed chasing Ward all alone – but considering Marvel already confirmed the Bobbie & Hunter Spin-Off series, we know these two will work everything out.

Though what Bobbie and Hunter are dealing with isn’t as big as the last two. Skye and Lincoln were starting to get close last season, but the true loss here isn’t a budding romance. Last Season Lincoln was the ‘welcome crew’ for becoming an Inhuman while it was Skye who initially didn’t want to accept her gift. After the events of the Season Finale and the madness of Afterlife was revealed, the roles have swapped. Skye has taken it upon herself to be that beacon of hope for new Inhumans while Lincoln has had the ground pulled out from under him. Everything he thought he knew and came to accept is gone and has been replaced by the ravings of a madwoman. He’s lost that former love and acceptance for his Inhuman side and is now doing everything he can to distance himself from it. In the end though, these all pale in comparison to what Fitz is going through.

Couslon lost his confidant; Hunter and Bobbie are suffering from a lack of definition in their relationship and Lincoln struggling to discover who he is without the ‘other half’ of him. These are all feelings that Fitz is experiencing with the loss of Simmons. He thought he knew what their relationship was but then he was given a chance to explore it more, but before they could she was snatched away by the pillar. FitzSimmons were always together – which is why is easier for long time AOS fans to just say their names like this rather than Leo and Jemma. He’s lost his confidant, his other half and the chance to discover what they actually were to each other – and he is clearly not taking it well.

From chasing down dead-end leads to threatening extremists, Fitz feels he has nothing left to loose. And the final moments with Fitz alone with the pillar were simply stunning. Seriously, can we take a moment to point out how great Iain De Caestecker was in this moment? You could actually feel his pain and frustration as he yelled at the pillar to do something. Whether the pillar released Jemma or took/killed Fitz too, it wouldn’t matter to Fitz. Either would be better than the hellish limbo he’s been in the past few months since Jemma disappeared.

So what will become of our heroes and these new threats? Will they be able to rescue Jemma from wherever she is? Guess we’ll have to wait for next week, so stay tuned!