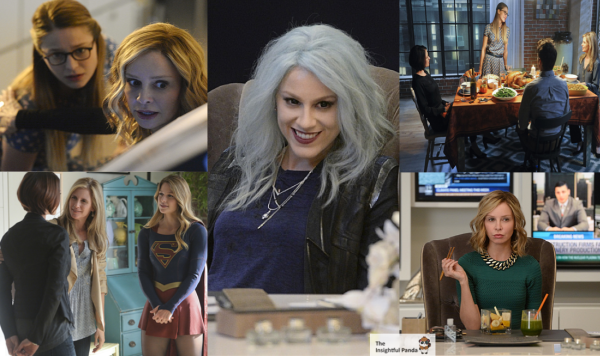 If you were ever a fan of the original Superman: The Animated Series, then you were excited to see Livewire take center stage as this week’s villain. Though beyond the fan favorite villain making her live-action debut we also got a ton of stellar set ups and plot continuations. The downside though is that you might not have fully appreciated some of them due to some unforeseen tragedies.

Confused? Don’t be. Here’s a Closer Look at everything you need to know about Supergirl “Liverwire” as well as it’s original airdate on November 16, 2015.

Did I Miss Something? – Rearranged Episodes & Disjointed Moments:

If some parts of this episode seemed disjointed to you from where we last left off with our favorite Superheroine, then it’s probably because you didn’t get the memo. Despite what your DVR and TV Promos might have said, this week’s originally scheduled episode “How Does She Do It” was swapped with next week’s episode “Livewire”. In light of the recent terrorist attacks, the timing of the episode “How Does She Do It” was deemed “in poor taste” considering it was about Kara trying to stop a bunch of bombs from going off around National City. This explains Winn’s out of the blue comment about them talking about a “metaphorical bomb” for a change. Had the episodes aired in their proper order, this would have been a perfect follow up of the previous episode’s madness.

Though beyond this reference, there were plenty of other poignant moments that became non-sequiturs at best and flat out spoilers at worst. For example, when Cat says that “Carter is with his dad”, this seems out of place. In “How Does She Do It”, Kara is also tasked with babysitting Cat Grant’s kid – Carter. Again, this is meant to be a reference; but comes up out of place. The more ‘SPOILER’ example comes with the change in Kara and James’s relationship. The previously aired episode “Fight or Flight” ended with James’s ex – Lucy Lane – coming back to town and wanting to “talk”. As we see in this episode, their relationship is very much back on and the Kara/James dynamic is changed. So next week when we watch “How Does She Do It”, we’ll already know how it’ll go down.

The reasons for changing the sequence of these episodes is understandable; but in the end it might have been better for Supergirl to just take the week off. Besides not getting the references or having next week’s episode spoiled, this episode featured a dramatic character development in Cat Grant! She now taking time to appreciate Kara, learn about her and even protected her when danger arose. Had we seen Kara and Cat’s son last week, we would have seen more build up for the humanizing of Cat. 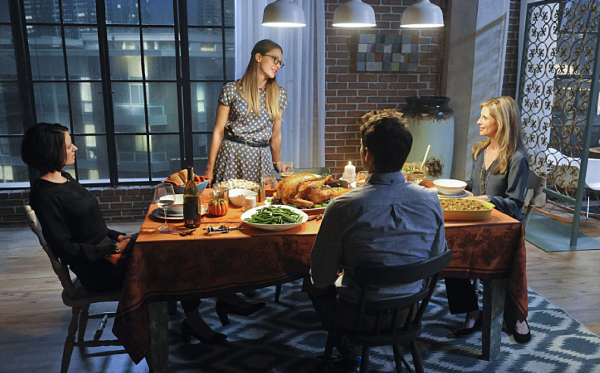 If you’ve read my past articles, you’ll know that I’ve become quite fond of the “Hank Henshaw is a red herring and is actually Martian Manhunter” Theory. Pair this with the “Cyborg Superman will actually be Kara’s father Zor-El rebuilt” theory and you have an incredibly deep and powerful season ahead. Although this week threw a curveball at that theory as we learned that Hank Henshaw and the DEO might have been responsible for Kara’s adopted father’s death.

Now this too could just be another misdirection; BUT it would also explain why Henshaw is so interested in capturing as many aliens and powered people as he can. Is he trying to create the ultimate being? What this means or is trying to make us think is unclear yet; but one way or another Supergirl has not only added a powerful new dimension to its plot; but also just joined Arrow and The Flash with the Season One Theme of “who is responsible for the death of my parent”.

Up, Up And Away – Easter Eggs, Quotes & Other Notables:

In the end, “Livewire” was an epic episode that added considerable depth to this series; but by rearranging the episodes, they might have just shot themselves in the foot for next week’s episode – which of course I’ll still be covering.