This week’s Supergirl brought a very familiar place – and somewhat face – into the fold as Supergirl headed to the Fortress of Solitude to devise a plan to stop Indigo (aka Brainiac 8). This episode was all about continuing the drama from week’s prior, while also setting up some new and unexpected twists. So let’s take a Closer Look at Supergirl “Solitude”.

Secrets To Tell & Who Should Tell Them:

Once again, the theme of ‘secrets’ took front and center. With all the talk about secrets “protecting people” and others not understanding, it’s clear to see this show is part Arrow-verse; but what this episode did with those secrets was give us an emotional conclusion like no other. The theme of course kicked off with Indigo calling upon CatCo to reveal the adulterers from an Ashley-Maddison-like site and continued full force with the ongoing argument between James and Lucy about trust and finding out who Supergirl is. Although in the end, it turned out Supergirl wasn’t the ‘secret’ to be shared, but rather everything else about James in general.

Though it was important for these questions of secrets to come up between James and Lucy as this encapsulated the idea of whether or not it was ‘your secret to tell’. James and Lucy thought the problem of their relationship was ‘keeping Supergirl’s identity secret’ – and in the end Kara would have opened up about that secret – but that’s just it: it was Kara’s secret to tell, not James’s. The actual secret in question that needed telling was James’s life (ie: stories of his father). Much like how Cat argued that they shouldn’t post someone else’s dirty laundry, it was James’s dirty laundry (in this case, trust issues) that needed addressing, not Supergirl’s identity. 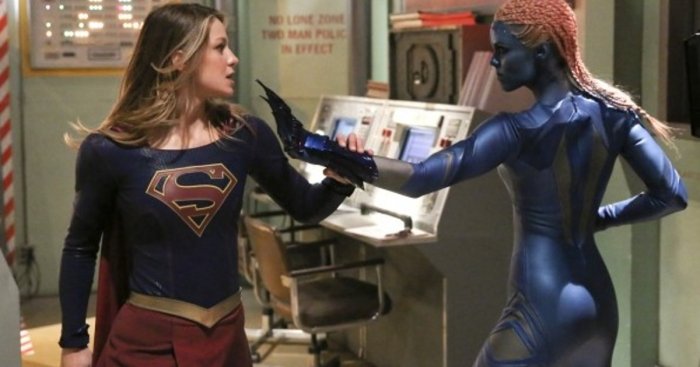 This theme reached its true climax though in the final moments of the episode as Alex finally came clean about Astra’s death.  Much like the cheaters cases and Supergirl’s identity, Alex’s role in Astra’s death was something only Alex could tell. Hank tried his best to protect her and cover it up, but it was always Alex’s secret. And revealing this bombshell when she did shows true strength. Everything was covered up and Kara had finally put aside her feelings of Hank because she saw how it almost got the world annihilated. Though the true focal point of this was Kara’s reaction, which had all the intensity of someone scorned, and yet ended with a wonderful embrace of forgiveness. To make matters even more emotional, Kara offered her hand to Hank – the man she previously hated. In this moment, the three of them truly did become family as Kara sees the lengths Hank went through to protect the sisters… SOMEONE GET ME SOME TISSUES!!!!!!