Last January, Heroes & Villains Fan Fest descended upon the New York / New Jersey. Sadly, so too did a blizzard. Fast forward a few months and they triumphantly returned this July 4th weekend! Ironically enough, so did massive storms and tornado warnings the night before. . .  Weather Wizard strikes again I guess.

Though no matter what’s thrown in its way, Heroes & Villains Fan Fest powers on through and so does its fans! General Admission might not open till 10:30, but by 9:00am the line was already wrapped around the entrance. If there was ever an event to spring for the VIP Route, it’s this one as we were able to get in at 9 on the dot – and the lines were still impressive! By 10:00 – just before General Admission was allowed in – the multitude of people was intense! And yet, not once did it feel overwhelming or lost in a sea – like some larger scale Cons can. In fact, the crowd at HVFF was downright  enjoyable.

The main thing that separates Heroes & Villains Fan Fest from other conventions is all in the name: FAN Fest. This is a convention built with exceptional attention paid to fans. The layout of the convention isn’t segmented but rather all contained under one giant roof. Panels aren’t this thing that you have to wait in line for and choose over other things. With the open format, you can easily wait on an autograph line and still hear some of what’s going on.

Some could say this isn’t as ‘professional’ as NYCC or other conventions that house panels in a completely different area; but with HVFF it’s actually a pleasure as this open atmosphere makes everyone feel connected. HVFF seamlessly combines the camaraderie of small local cons with all the A-list names of larger scale cons. In the end, this isn’t a bunch of fans coming out to meet their heroes, but rather a bunch of heroes coming out to meet their fans.

With this being a Arrow-heavy FanFest, it makes sense that the majority of the Panels would be Arrow related. Though with HVFF panels, there’s much more opportunity to ask questions and get a sense of the seasons passed and seasons to come. For example, back in the Winter attempt, we first learned that Ronnie would return as Deathstorm and would kill off some form of a series regular. This time around we learned that Stardust – Amell’s WWE-nemesis/ frenemy – is getting a cameo in Season 5. Not much is known, but it’s sure to be a pretty fun rematch of sorts – or maybe team-up.

This time around the Arrow Panels were split up into something different each day – to keep both fans and the cast from feeling something was repetitive. While the main cast (Amell, Ramsey, Holland, etc) would take the stage later in the weekend, this season’s heavy hitters (Blackthorne, Cassidy, Kellum, McDonough, etc) kicked things off discussing everything from how actors had to prepare for their roles to the fun and difficulties of crossovers. In fact, Cassidy revealed that this year’s Crossover and pilot for Legends of Tomorrow was all shot around the same time, and it led to quite a few hassles in schedule coordination, filming and production – not to mention how everyone got sick afterwards. 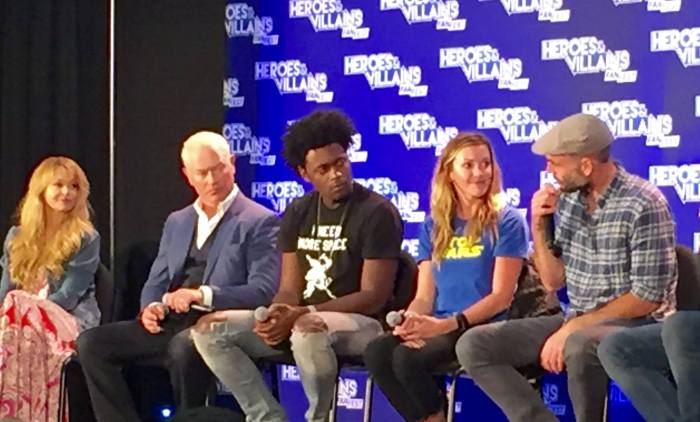 Additionally there were tremendously insightful moments such as McDonough revealing that him refusing to take off his ring during his first scenes actually inspired the idea of Darhk as a ‘family man’. In fact, McDonough’s wife is also named Ruve! Blackthorne kept a similar theme as he spoke about the Lance family and how he’s a man struggling to understand what’s going on around him and why his daughters do what they do, but also never fails to love and trust them regardless. As a classically trained actor, he continued on to remind fans that it’s just not what is said in an episode but also how it’s said. There’s great attention to make the most out of every scene and if you’ve ever watched a scene with Blackthorne in it – especially as it relates to his daughters – you know he puts everything he has into it.

Though the biggest question on everyone’s mind was what about Laurel Lance? During a fan’s question about who’d win in fight – Black Canary or Ruby from Supernatural – Cassidy replied “maybe Black Siren”. Is this a hint that our Black Siren/ Black Canary Theory might be true? Perhaps, but just as we were wondering what that could mean, another fan question got right to the point and asked if Flashpoint storyline could bring Canary or any characters back. McDonough added fuel to this fire by asking the audience who wants Black Canary back? No definitive answer was given but Cassidy did say 2 things: “Anything can happen” and she wants a rematch with Darhk! It’s fairly certain Darhk’s gone for good – especially since he’s the first character Oliver’s broken his no kill rule for – but I wouldn’t mind seeing these two square off and Laurel get some revenge. Regardless, McDonough played a great villain – and we want Laurel back! #AnythingCanHappen #TeamCanary

Again, this is a convention for fans by fans. So creating an environment where fans could meet their heroes isn’t the only thing Heroes & Villains knocked out of the park; but also an environment where fans can become their heroes! The fans brought just as much to the table with their incredible Cosplays. From the obvious Arrow-verse Cosplays to a Star Wars and more, there were some seriously epic Cosplays this weekend! In fact of all the New Jersey conventions I’ve been to, this had the highest presence of Cosplayers in both quality and quantity.

Below you can find a small sample of some of the epic costumes this weekend, but you can find manymore on My Facebook Page. And if you see yourself or someone you know, please tag so credit can be given to these epic cosplays! 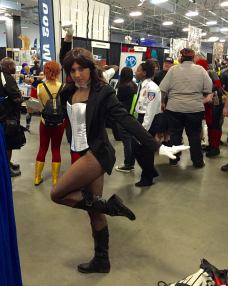 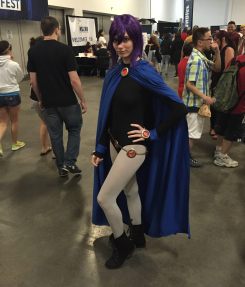 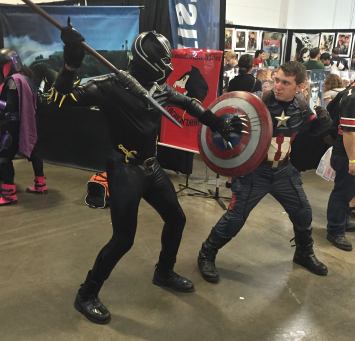 Also, check out my Exclusive Interview with Arrow star Echo Kellum about Season 5 and his character’s “Terrific” future! So be sure to Subscribe and/ or Like Me on Facebook to stay up to date! And be sure to check out a Heroes & Villains Fan Fest near you – and when it hopefully returns to the Tri-State next year!