‘The writers, they chose … poorly’ – what the Knight from Indiana Jones: The Last Crusade would probably say about that Finale.

So I wish I could tell you that finale was an early April Fools’ joke, but sadly – until CBS says otherwise – it wasn’t. That was the long awaited series finale that was 9 seasons in the making. Now if you thought that finale was perfect, then you should probably stop reading now, unless you want it to be *the sound of glass shattering* spoiled.

Disclaimer: The episode itself – and thus the original idea the writers had – wasn’t that bad . . . IF it had come 3-4 seasons earlier. But it didn’t. Ergo, it was THAT bad.

When HIMYM revealed that its entire last season would be all the events of Barney and Robin’s Wedding, people were nervous. The stretch out some simple event for an entire season was kind of overkill in the first place; but when you make that marriage end in divorce only a little while later, you basically admit to wasting everyone’s time.

Now before you say “oh, it was a huge event. It had to be given weight.”, no, not really. Marshall’s and Lilly’s Wedding was only 2 episodes – and they’re still together. Season 8 and 9 was all about character development. We saw how Barney went from a womanizer with sociopathic tendencies to someone who could give everything in his life to Robin. We saw some of this with Nora, then a little more with Quinn; and finally the culmination of these developments with his quest to get Robin – despite all the times she’s hurt him in the past. 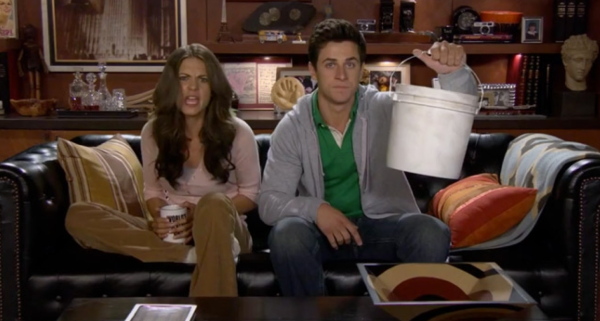 To just have Barney go back to his womanizing ways because it couldn’t work with Robin completely turn away from everything they gave us about Barney’s character the past few seasons. In the end his quest for love, his quest to find his father, his quest to come to a deeper understanding about who is he was all for nothing.

As for Barney getting a girl pregnant, several things. One, how did it take THIS long for Barney to get someone pregnant? He passed the 200 women mark back in Season 4 for God’s sake! Secondly, this whole bit was just sloppy. The birth of a child and holding it in your arms is a momentous occasion, but to have him change that fast for such a simple act. Hell, I’m sorry it took this long for him to get some girl pregnant. In the end, the years and seasons of character development meant nothing. Only the birth of a daughter could change him.

Continuing the theme of a wasted last season, we come to the mother. Beyond Barney and Robin’s Wedding, this season was meant to introduce us to the mother and show why – unlike any woman before her as Lilly pointed out – this one was different, but was she?

Tracey – the mother as we now know her – was absolutely the most important woman in Ted’s life: the mother of his children, the reason he didn’t leave for Chicago, his other half in every way. Though apparently that doesn’t mean anything. In the end, the mother did in fact die; but remember when I pointed out how such an ending would be disrespectful, well HIMYM apparently wanted to outdo my predictions because what followed was actually more disrespectful than anyone could have imagined. 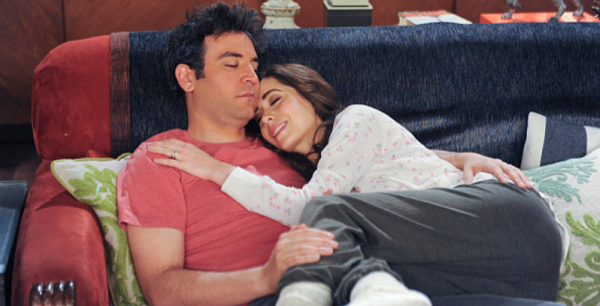 Look at how cute they are? I’m sorry, THIS is Ted’s girl.

In the end, this wasn’t one big story to inform his children about their mother. The kids even point out how she doesn’t play a big role in his story. The real reason for this story was as a set-up to ask his kids permission to ask out Aunt Robin. If you can’t see how wrong that is, then I can’t help you; but let me try to sum up. The story of the woman he loved – the story of the mother – is less than 5% of the story. To use the story of meeting your dead wife just to ask out another woman is so incredibly disrespectful to Tracey in every way.

This ending makes Robin the most important woman in Ted’s life, the one he’s always been waiting for. What happened to all those speeches about having to let her go? What happened to all the times he realized that they weren’t right for each other? If he was meant to end up with Robin in the end, fine. But NOT after you spent all this time trying to bring in the mother and show her as the most important woman in Ted’s life.

Now I know you might say “She was important to him, but you can’t help the fact that she died. That’s life! He deserves to move on.” This is true, but let me ask you this: If the mother was so important to the story, why was their time together crammed into about 30 minutes?

The writers stretched out a single weekend into a single season, but crammed 10+ years of life together with the mother into only about 30 minutes. We can comment all we want about Ted’s life, but in the end, Ted’s not real. He’s a character, everyone is. This show is a story, and in terms of the storytelling, the mother isn’t important at all. This entire show/story was leading to Robin – which makes Tracey no different from any of the other women in Ted’s life. Stylistically, the only purpose she really served in the end was explaining how the kids got there and that’s it. Now do you see why this ending is so disrespectful to her?

*gives HIMYM the ‘you’re dead to me’ look*

The mother’s identity in the very end wasn’t important. If Ted had married Stella, or Zoey, or any of the women he dated, the ending would have been the same. Why have nine seasons if that was going to be the end result? Go back and watch the ending of Season 1, Episode 9 when Ted met a stripper named Tracey – I’ll wait. He tells the kids “and that’s how I met your mother… just kidding”. That might as well have been the truth!

Again, the initial plan for the shows end was a good idea, but after 9 seasons it’s just insulting to the fans. You could respect the writers for keeping this original plan in tack, but to cling to an original idea regardless of all the evidence that’s come in between to say no is just pathetic. In 9 seasons, no one changed. Someone please let me know how the gang was any different by the end? All of their experiences weren’t leading to anything – except back to where they’ve always been.

This story might as well be “How I Wore Your Aunt Robin Down Until She Finally Said Yes”, but it can’t even be that because Ted just falls back for her. He hasn’t made a conscious decision to be with Robin for a long time. In the end Barney fought for Robin more than Ted ever did. Ted always just somehow seemed to backslide to her after every failed ‘the one’. And who says that Ted and Robin would end any differently from her and Barney?

In the end, it’s not the finale itself that pissed off so many people; it was the fact that finale after 9 seasons was the same finale that could have happened even at the end of Season 1. This ending was nothing more than the writers trying to pander to fans of Season 1 and 2. If you followed the story and all the twists and turns through the seasons, this ending is basically nothing more than a slap in the face. There was so much potential. It could have ended so well, but it’s like they went out of their way just to screw with everyone. At best, it’s lousy writing. At worst, it’s insulting to the majority of HIMYM fans that have been faithful throughout the seasons. They kept going for of ratings – plain and simple. Though in the end, they couldn’t even respect their fans of 9 years. Apparently Season 1 is all that mattered.

In the end, – if I can offer any words of comfort – remember the good times: The Slapbets, the Hot/Crazy scale, the Platinum Rule, the Yips, etc. That is what I’m taking away from this show – or just pretending those last 5-10 minutes after the train station don’t exist. If that doesn’t help, then here’s some photos of puppies cuddling stuffed animals.