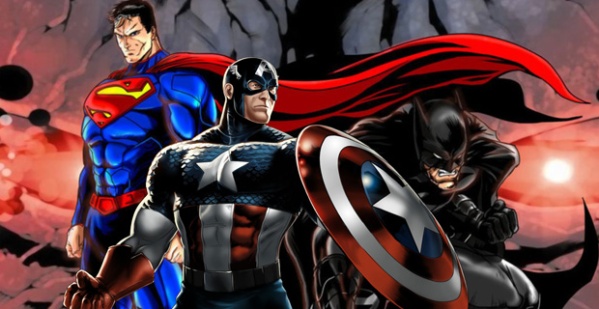 As Jeff Sneider revealed on his Twitter page, Batman V Superman: Dawn of Justice has moved its release date up nearly two months to now March 25th, 2016. Initially this film was supposed to be released in 2015; but set its release back an entire year to May 6th, 2016 to avoid conflict with Avengers 2: Age of Ultron and other big 2015 movies. Though things got interesting when we realized DC’s new release date had already been reserved by Marvel.

As originally reported, DC had hoped this date would be for a new Marvel property and that Batman V Superman could derail it. Coincidentally that’s not how it played out since the date was actually for Captain America 3, the sequel to one of Marvel’s most popular and genre-redefining films yet.

Well once again DC has backed down and is pushing production of their film up to the new March date. Considering DC started shooting not long after Avengers 2 – and Avengers 2 is coming out a full year ahead of Batman V Superman – DC should have no problem getting it done in time. Though in all honesty, DC needs to stop worrying about release dates and focus more on the quality. Whether it comes out 2015, 2016 or even 2017, fans just want a movie that’s worth waiting for.

After seeing the San Diego Comic Con Teaser Footage, I’m feeling a little more intrigued by this film; but the marketing is simply laughable. For a company that keeps trying to compare themselves/start a battle with the Marvel Studios, they sure do back down a lot. In the end, DC has to stop trying to be ‘The Next Marvel’ when it comes to Cinematic Universes. If they keep trying to push it, they are just going to break themselves. Rome wasn’t built in a day, nor was Marvel’s Cinematic Universe. So if you’re listening DC, stop forcing things and just things one step at a time. Nothing good happens in a rush.