The past few weeks have been flooded with more and more Marvel Cinematic Universe rumors. While some have been almost infuriatingly stupid and overblown; others actually have a lot of credibility and the potential to become real. It’s almost fitting that all these rumors are coming out of the woodwork in October. All that is left to be determined is whether these are all tricks . . . or treats. So let’s take each rumor and see how plausible – or idiotic – it might be.

Rumors like these show why the Internet is sometimes an awful thing. It’s like a giant game of telephone where anything said can go viral and slowly build steam by tricking people who don’t know better until bigger reputable sources pick up the story thinking it fact too. For months now people have been reporting that Joaquin Phoenix is Doctor Strange. Even after Phoenix turned the role down, people kept saying it and posting old dated reports as their sources.

Things even got STRANGER – see what I did there – when someone from Hitflix posted a tweet about wishing Keanu Reeves would play Doctor Strange. People misinterpreted his “that not a rumorl but it should be” as ‘this is fact; but it should be rumor’ rather than what it actually meant ‘I wish this could be a rumor; but its so outlandish it’d never happen’. ThisIsInfamous goes into much more detail about this; but basically, it’s the Mighty Morphin Power Ranger reboot casting rumors all over again. That time MTV wrote about who they thought would be good in the roles and it spread like wildfire as ‘these are who ARE playing the rangers’ – Really? King Joffrey as Blue Ranger? I should lock my self away now.

The only story I’ve heard regarding Doctor Strange’s casting that actually has a source is that Ethan Hawke is in final negotiations to play the Sorcerer Supreme; but this too could fall apart for all we know. In the end, WAIT for official word from Marvel NOT a Facebook page with Marvel somewhere in the title; but an ACTUAL Marvel representative to say something because all this fan casting is doing is confusing actual fans to no end. So much so that when an actual Doctor Strange is casted, some will be bitter towards him because they heard about all the fancasts prior and wonder why it wasn’t one of the men who were never in negotiations to begin with.

Nope. Sorry. No way. Let’s throw this out the window right away. Avengers 3 will not get Harry Potter, Hunger Games, Twilight-style treatment for one huge reason – continuity. As time passes in the real world, it also passes in the Marvel Cinematic Universe, which means that if Avengers 3 was a two parter, there would be a huge year gap in between the parts – something which no other ‘parters’ has. Additionally, during this year(s) there would be plenty of other things going on.

Now if Thanos is the projected villain for two upcoming Avenger films, then that’s another story; but it is improper and ultimately false to label it as Avengers 3 Part 1 and 2. Thanos is ridiculously powerful – especially with the Infinity Gems at his disposal – so it makes sense that he’d be a big enough villain to be present in a few films; but don’t expect Avengers 3 to end in a draw and Thanos to bide his time for a year for Round 2. There will need to be substantial book end moments that make these individual films – and NOT two parts of the same overarching film.

According to Variety, Robert Downey Jr’s is in talk for a large role in Captain America 3 as well as a few other films. This comes as a follow up to Downey’s previous reveal on Ellen Degeneres that he’s in talks with Marvel to return as Ironman. At the time it was unsure if this would mean Ironman 4 or just as cameo appearances. Though according to this new report, RDJ wanted to up his cameo for Captain America 3 into a much larger part.

This apparently caused some drama since it would force a rewrite of the film to make Ironman play a larger role than previously intended. Either way, the plan that seems to be in place is to take Marvel’s Cinematic Universe towards Civil War – the Comic Book event that pitted Ironman vs Captain America over whether superheros should have their secret identities made public or not.

Now again, this is all according to Variety; but we’ve yet to have word on this officially from Marvel or RDJ. Though whether this deal is in place for Captain America 3 or not, Civil War will play a role sooner or later considering all the ground work that is being laid. For starters, Captain America 2 gave us Agent 13 (Sharon Carter) and Crossbones (Brock Rumlow), two characters that play a huge role in the end of Civil War and more importantly Captain America’s death. Add in the fact that Chris Evan’s contract is soon to be up and Sebastian Stan might eventually take over the role of Captain America, and the pieces do start to fall into place.

Now Evan’s contract could be renewed; but he himself has expressed sentiments that he wants to be out of Marvel by 2018 and no later in order to pursue a directing career. Additionally, Evan’s finale film isn’t Captain America 3; but Avengers 3 meaning that his death – or at least the entirety of Civil War – can’t be told in Captain America 3, which is to be expected. Though to be fair, Avengers 3 – two films or not – is going to be full of Thanos so any Civil War story would overpower the film. So how can all this play out? Will Evans sign for one more film after Avengers 3 for his death; and Avengers 3 sees him with a team of Secret Avengers? Only time will tell; but there is still one component missing from Civil War – Spider-man.

Around the time of RDJ’s new contract talks, there was also talk that Marvel and Sony were talking to bring Spider-man back into the Marvel Cinematic Universe. With new rumors of Civil War, this would actually make a lot of sense since Spider-man is such a pivitol character in the story; however, there is still one problem with this idea.

Sony is developing a Spider-man film universe of its own with Sinister Six, Venom and another female hero movie – Black Cat perhaps. So if Marvel were to take Spider-man back, what would happen to Sony’s Amazing Spideyverse? There’s no real way to tie that Spider-man into the MCU – it’s too late for that – but perhaps Marvel can make a parallel Spider-man like they did with Quicksilver in the upcoming Avengers 2: Age of Ultron. This would of course mean that Marvel would have to write a Spider-man movie of their own, unless they brought him in already full-fledged like Ultimate Spider-man or perhaps as a series like Agents of S.H.I.E.L.D. or the upcoming Daredevil. Whatever Marvel’s got planned, it’s going to take a lot of work.

The only way we’ll know the fate of these stories for sure is when we get OFFICIAL word from Marvel or the actor themselves. We’re spending so much time thinking about the end of Phase 3 and Phase 4, when we still have Avengers 2 to get through. So STOP with all the rumor spreading and time wasting of posting old articles; and instead someone get down to finding that San Diego Comic Con trailer. Though apparently there’s talk that that could be one of the trailers preceding Big Hero 6 and Interstellar. 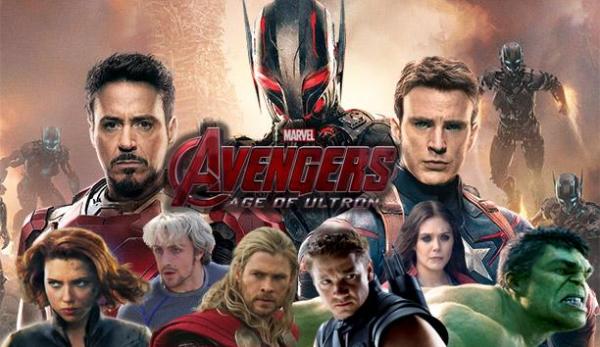 Could that be just a rumor too? Sure; but at least the footage will come out eventually, which makes it a question of WHEN rather than IF – and that makes all the difference.