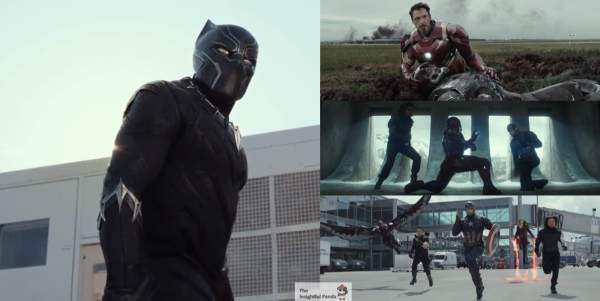 Looks like Marvel didn’t want to be outdone by the Star Wars night on Jimmy Kimmel, because Chris Evans and Robert Downey Jr appeared with a special surprise – the long awaited Captain America: Civil War teaser trailer. So check out the trailer below and then let’s analyze!

As the trailer begins, we find ourselves in familiar territory as we get the context for the Ant-Man post trailer scene. Judging by the dialogue, it seems as though there’s been an attack of some sort – possibly on the UN or something – which has caused a manhunt for the Winter Soldier. The problem is that Bucky didn’t do it and someone close to the situation seems to be manipulating actions.

For a while now, we’ve heard that Daniel Brühl has been cast as Baron Zemo, who is a famous Captain America villain. The difference though is that Zemo is being rumored to have less a direct antagonist role and more a ‘behind the scenes’ villain. So as a Hydra member he could orchestrate certain world events to hinder the Avengers and pit the world against them – as well as themselves. As the poster says, “Divided We Fall” and that could be exactly what Zemo is counting on!

As for why I say the ‘framed’ attack could have been on the UN is because we see Black Panther join the fight. Now to be fair, he could be chasing Winter Soldier for his own reasons; but since this film will introduce Wakanda as a political player it makes sense for there to be some pressing world meetings, which could be the target. Now back to the original scene.

Remembering the dialogue from Ant-Man, we hear Captain America and Falcon wondering about who to ask for help. This means this event takes place before the fallout between the teammates. Ergo, this scene probably is something Captain America did on his own and is chastised for. There’ll be some hard talk after this; but this will all culminate in another moment where Cap goes off on his own; but this time with a team of his own.

“Sorry Tony. You know I wouldn’t do this if I had any other choice; but he’s my friend” – Captain America
“So was I” – Ironman

The greatest aspect of this trailer though the framing to set up “Civil War”. 2016 might seem like the year of heroes fighting each other – remember Batman V Superman? – but unlike that film, Civil War truly is a ‘civil war’. Captain America and Tony aren’t fighting out of hatred for each other. They are fighting over differing views; but this does expand into hurt feelings.

Aside from being a powerful exchange, this means even more when taken along with the shots of War Machine heavily damaged and Tony looking pretty beat up as well. Now pair this with the knowledge that Winter Soldier might have been responsible for killing Tony’s parents. How would you feel if someone you once called a friend sided with the man who killed you parents instead of you?

Captain America and Black Panther is a race … oh my!

Did I miss something in the trailer? What did you think of it? Is it May 6th yet? Stay tuned for more details and trailers when they become available. 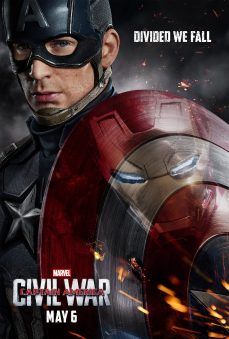