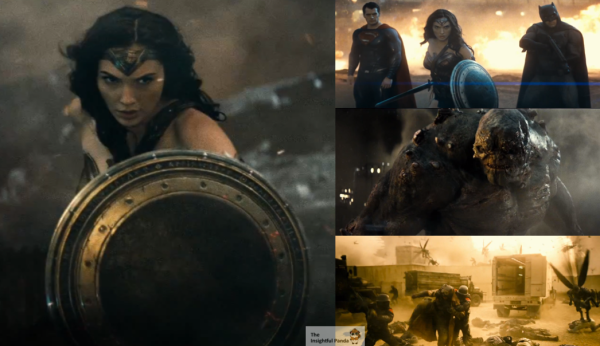 A new trailer for Batman V Superman was just released; but did it reveal too much? Sure most of this are things we hypothesized a while ago; but to have them confirmed is a little sad. OR, does that mean this film has even more hidden things lying in wait to surprise us?

From the moment Bruce Wayne is introduced, we know it’s going down. Clark on the other hand has no clue as we hear Clark is asking about who Bruce is. This could hint at the fact that Bruce has been out of the limelight for a while. As the original stories told, this would be a seasoned Batman – possibly coming out of retirement. Now judging by the newspaper we see and Clark’s investigation into it, Batman MIGHT have been in retirement since Jason Todd (Robin’s) death. But the events of Man of Steel changed that and for the past two years the Bat has been operating even more violently than usual. An argument can be made however that Clark does know who Batman/Bruce is and he’s just trying to set Bruce up to talk about the Dark Knight. Though remember that just because Clark is a reporter, he isn’t exactly a detective – but Batman is.

From the way he looks Clark Kent up and down, pauses and turns the conversation back around, it seems possible that unlike past incarnations of the Dark Knight on film, this Batman is truly the world’s greatest detective. He knows Superman can kill him in one shot, so he’d need every advantage he can get. And that might explain some of the other ‘out of place’ things in this trailer.

Even if Batman has been building a mechsuit to prepare for his battle with Superman,he knows it might not be enough. And judging from the whole Lex Luther introduction – and excitement for a battle between the two – it’s not hard to believe that Lex might even try to lend a hand I causing/ending this battle. I’m of course talking about the shots of Batman holding a gun. This is of course very out of character for the Dark Knight; and besides… what would bullets do against the Man of Steel or Doomsday. Well, not much… unless they were kryptonite laced bullets. The fact that Batman is holding a high powered riffle like weapon while standing with Wonder Woman and Superman about to face off against Doomsday supports this quite a bit as why else would an unarmored bat take on something just as strong – if not stronger – than Superman?

Judging from the other points of the trailer, it’s now clear to see that those moments that seemed like a “western dream sequence” are actually just that – a dream of sorts. In fact, – thanks to our friend Steven at What’cha Reading”, we learned that DC and Mattel refer to this entire story portion as the “Knightmare Sequence”. This is all a vision of some sort, most likely by Wonder Woman; but are these symbolic for what will happen or a literal translations for an alternate course of events. Whereas there’s always an ‘unmasking’ of Bruce Wayne/Batman in Batman/Superman films – World’s Finest still did it best – this isn’t the big part of the Knightmare Sequence. 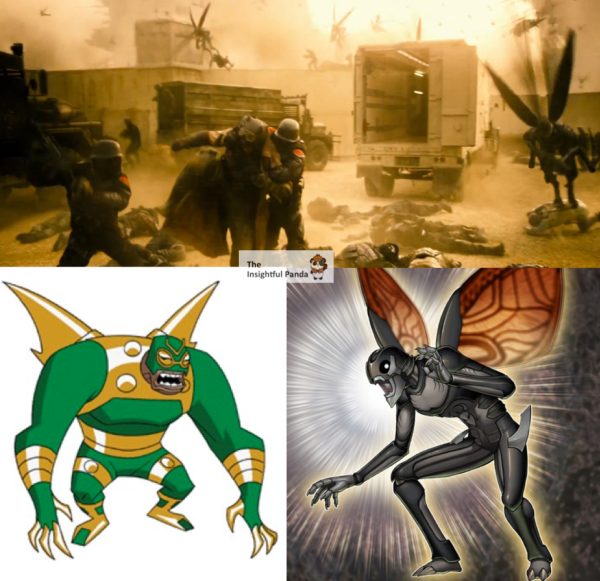 In the scene we find strange flying monsters attacking soldiers. As a YuGiOh fan, I immediately thought that Batman was getting attacked by Steelswarm Callers LMAO But Steven gave me a more plausible – and yet surprising option: Parademons. If these are indeed Parademons in the Knightmare Sequence then they could be hinting at the eventual arrival of Darkseid sometime in the future of the DC Universe – like the Chitauri and Thanos in The Avengers.

Why You Should STOP Hating The Doomsday Look – Baby Doomsday :

It’s been a few hours and there’s already tons of Internet Memes comparing Doomsday to Cave Trolls, Ninja Turtles, etc. Although if you know anything about Doomsday, then you know these are all kind of BS and this Doomsday actually makes perfect sense. In fact, the only thing you should be upset about regarding Doomsday is that the big surprise was revealed … or rather confirmed since we all saw this coming from the first trailer.

Doomsday is an un-killable monster that always revives stronger than he was before. Additionally, we see some strange process of Doomsday being created. So for all intents and purposes, this is a “newborn Doomsday”. Even looking closer at this new Doomsday shows the room for epic growth. He might not have his spins; but there are newly formed ‘nubs’ of sorts in all the right places. My theory is that he will continue to grow stronger and return after the events of Batman V Superman. I mean let’s fact it, he’s FAR too strong a villain for this early. So having a newborn Doomsday come in and then return stronger – and closer to his comic counterpart – is a great way to set up the motivation for Justice League.