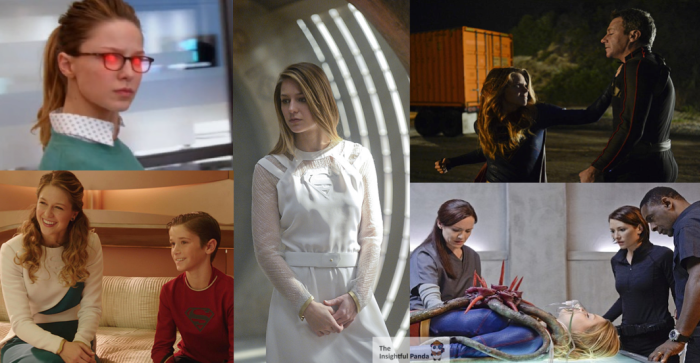 This week’s Supergirl adapted one of the most famous Superman stories of all times, but it didn’t just stop there. With family face offs and awkward moments for all, this episode served as the culmination of all the awkward tensions that have been arising ever since Supergirl came back from its Midseason Finale. So let’s take a Closer Look at the episode “For The Girl Who Has Everything”.

“For The Girl Who Has Everything” – Source Material & Changing Focus:

If you’re a fan of Superman comics – or the old Justice League Unlimited cartoon – this Supergirl episode and title seemed very familiar to you. You see this episode is actually adapted from a very famous Superman story called – aptly – “For The Man Who Has Everything”, in which an alien dictator Mongul sent Superman the Black Mercy in order to incapacitate him while still giving him the perfect dream world. Swap in Non for Mongul and it’s basically the same story, even down to the ‘destruction of Krypton’ coming as the host (Superman/Supergirl) begin to awake from their dream state. Although where these stories truly differed was in their character focus.

In the comics – and even in the animated series to an extent – we wanted Superman to wake up but also saw that he was happy. It was a weird split of emotions that was just as severe as the split between the real world and the Black Mercy induced dream world. Although with Supergirl, the focus wasn’t so much on Kara finding her way back to her family, but rather her family trying to bring her back. To be fair, in the animated version of this, we really wanted Superman to wake up; but in this Supergirl episode there wasn’t a single moment where we could think “well at least she’s happy”.

The show has done such a wonderful job of exploring the complex relationships between Kara and Alex, Winn, James and Hank that we don’t even for a second enjoy the dream world. We the viewers don’t see it as “okay” because unlike the Superman stories, Supergirl’s Earth life is so developed. We see all that she leaves behind and thus the Black Mercy becomes less of a ‘moment of happiness’ and more of a ‘moment away from happiness’. All in all, it was a very well framed episode that explored a lot of family relationships, so it made all the more sense that this episode would also come with Astra’s hesitations and death. 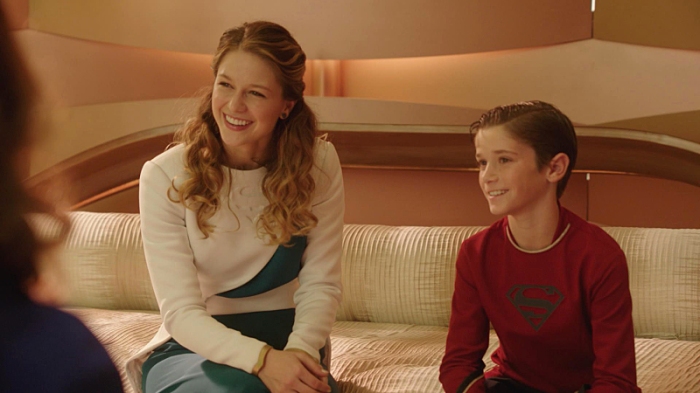 Seeing Someone As ‘Something Else’ – Winn, Hank, Alex, Supergirl & Astra:

A major theme this episode was people being afraid of being looked at or thought of differently. We first see this with Alex and Winn who are worried that if Kara doesn’t wake up, she will see them different. Winn acknowledges the awkwardness he and Kara have had the past few weeks and he doesn’t want that to be her last memory of him. Alex on the other hand has a very strong relationship with Kara, but it wasn’t always like that. Alex doesn’t want to let Kara go before she apologizes for resenting her as a child. Although as the episode continues, we see that maybe the way others view you isn’t so bad – and instead of changing how they see you, maybe you should preserve it.

This focus first changes when James stops Hank from pulling Alex out of the machine. Hank and Alex have a very father/daughter relationship – on that is made only stronger this episode – but if Hank pulled Alex out it would seriously hurt their relationship. Hank would do anything to protect Alex, even if it was at the expense of Kara. He couldn’t stand to lose them both. Although as the episode concludes, we see that he truly would do anything for the girls as he protects Alex and Kara’s relationship by accepting blame for Astra’s death. Alex killing Astra will no doubt come up again – perhaps by guilt – but the reason Hank took the blame is because Supergirl sees Alex as a hero, and that shouldn’t change.

Supergirl is off for the next few week’s but will then return at the end of February for what seems like the home stretch of this Season, but what will it entail? It looks like the Non storyline is slowly coming to a head, but there’s plenty of villains still scheduled to appear this season – ie: Master Jailer, Silver Banshee, etc) and a certain hero in March (FLASH!!!!!!). So I guess we’ll have to see if we go back to ‘villain of the week’ episodes or if a larger evil plan is brewing.

One thought on “A Closer Look: Supergirl – “For The Girl Who Has Everything””