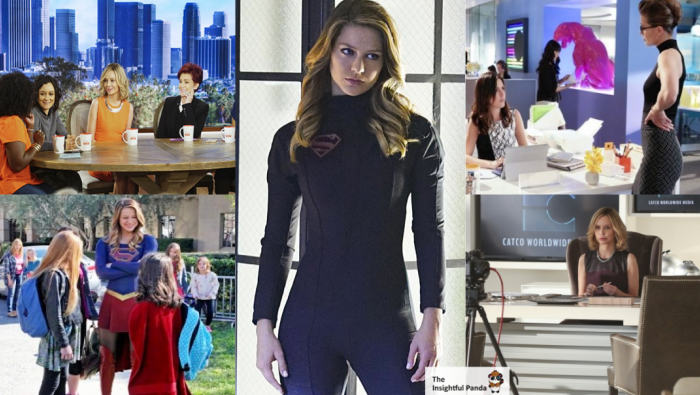 One thing that Supergirl as a series has been able to do is pair incredibly powerful stories/lessons while also invoking an impressive understanding and respect for Superman history – especially Superman: The Animated Series. Now whether this is a deliberate attempt or just the end result of two series following the spirit of the comics is besides the point. Either way, Supergirl has become something that fans new and old can get behind and fall in love with. So it’s only right that this week’s episode tackled one of the most troubling and heart wrenching Superman storylines/themes – what happens when they go bad?

I’ll discuss some of these parallels – especially to the animated series iteration of this – a little later; but for now, let’s take a Closer Look at Supergirl “Falling”.

As the episode kicks off, we not only see Supergirl winning the hearts of the public on street level; but also Cat Grant praising Supergirl on a national level. In these moments, we find Supergirl more loved and higher than she’s ever been before. She’s become the hope and goodness that so many want to see in the world and has started to inspire that strength in others. So it’s only fitting that this also signifies the tragic beginning of her fall.

After exposure to Red Kryptonite – a synthetic substance created by Maxwell Lord in the hopes of stopping Non’s Kryptonians by reverse engineering the already reverse-engineered kryptonite used to stop Bizarro. Unlike previous Kryptonites that cause cellular degradation upon exposure, this ‘Red Kryptonite’ causes mental degradation thus turning the once kind and innocent Supergirl into a being fueled by all her insecurities and rage. Additionally, unlike normal Kryptonite, Red Kryptonite’s effects seem to persist and get stronger even after initial exposure.

It is from these effects that Supergirl and Kara go about destroying everything they were so close to winning: public favor, the honest title of Assistant #1 and James’ love. Though thanks to the Red Kryptonite, Supergirl/Kara turned herself into an oppressive overlord, destroyed Siobhan and pushed James away. Beyond even that, this darker side of her finally gave us the heated backlash from ‘Alex killing Astra’ that we’d been waiting for. Though despite this all being ‘dark Kara’, the fact remains that these ideas were in there in the first place. We all have our dark sides – so does Supergirl and Superman – but whereas we can have a bad day once in a while, they are not afforded the same luxury. This episode was all about Kara finally expressing every dark thought she’s had over the past season – toward Cat, Siobhan, Alex, Hank, Lucy, etc. Though whereas she certainly ‘fell’ this episode, that doesn’t mean she can’t get back up. It might just take a while; but with Cat Grant back on Supergirl’s side, she’s off to a good start. 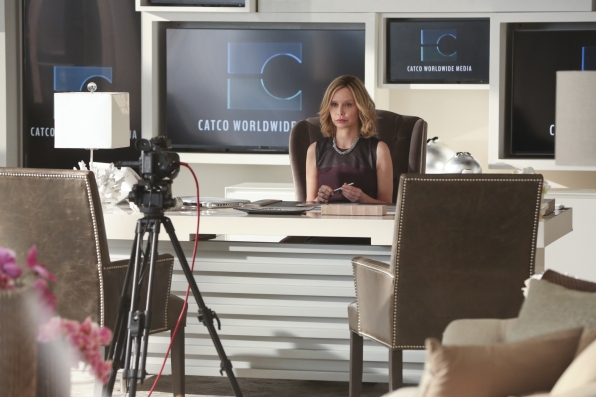 As I was mentioning earlier, Superman going rogue is a famous story/theme and the same is true of Supergirl. After all, these stories represent the worst fears of those who hate them: ‘what happens if the most powerful person in the world went rogue’. It’s an issue Maxwell Lord feared here as well as the main idea in the upcoming Batman v Superman – albeit to a different degree. The cause is always different and the inclusion of Red Kryptonite is story that is very familiar to anyone who ever watched Smallville; but this story of turning actually reminded me of something slightly different.

In Superman: The Animated Series, Superman returns to Earth in a black costume as the brainwashed servant of Darkseid after a trip to Apokalypse goes wrong. Sure there was no Red Kryptonite; but Kara maliciousness truly began after her trip to Club Apokalypse. No I’m not saying the Club caused her to be more evil; but it’s still a fun parallel to draw. Additionally, Kara also changed to a black costume in the end; but that costume could have also been a nod to Astra and Non’s darker uniforms. Regardless, there’s been many times this show has had fun moments of Superman: The Animated Series nostalgia – intentional or unintentional. And there’s even more to come as the upcoming Supergirl and Flash crossover seems to be set around the two having a race to see which is the fastest – the same set-up for when the Flash appeared on Superman: The Animated Series.

Next week, Supergirl will begin the long and difficult mission of trying to restore her trustworthy image; but she won’t be the only one. Much like how Supergirl was making great headway before her fall, so was Hank and the DEO. Sadly, his revelation has put the DEO and himself under immense scrutiny. Which way will the tables turn? Will allies become villains and villains become allies? All that we can bet on is that next week is sure to give us some excellent J’onn backstory of the days when he first arrived on Earth and met the original Hank Henshaw and Alex/Kara’s father. So stay tuned!