Supergirl might be the first super heroine-centered TV series in decades, but it’s not the first. In fact when one thinks of super heroine TV shows, many would think of the original 1970s Wonder Woman series. Well this week Supergirl paid homage to that wonderful heroine as Wonder Woman herself (or at least her actress) Lynda Carter stepped into the role of President of the United States.

Though this episode wasn’t just paying homage to previous days of super heroine glory; but also dealt with some overwhelming ‘real life’ issues while also introducing some key new characters. So let’s take a Closer Look at Supergirl “Welcome To Earth”. 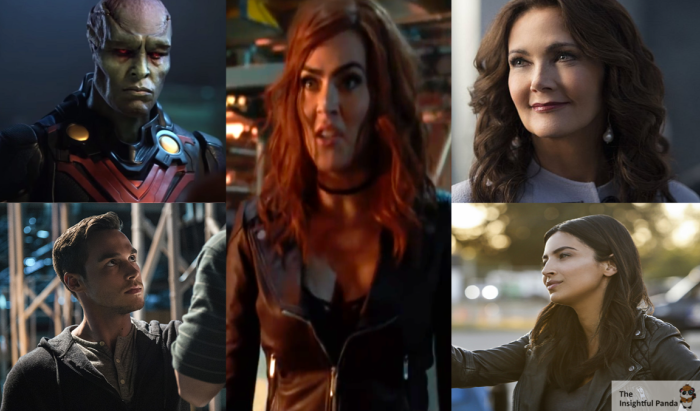 “Welcome To Earth”… Or Not – Civil Rights, Being Different & More

Before anything else, we have to talk about the beautiful – and purposeful – parallels that were drawn this episode concerning the Executive Order encouraging aliens to come out. We’ve seen other shows deal with the juxtaposition of being non-human to current social issues (Agents of Shield Season 2 is one such example) but it’s hard to find one that does so as completely as Supergirl did this episode.

From episode’s start, we hear J’Onn’s trepidations on the matter as he knows first hand (‘being an alien who assumed the face of a black man’) that people usually don’t like what doesn’t look like them. Later this episode, we meet Detective Maggie Sawyer who as a “non white, non straight girl from Nebraska” also knows what it’s like to be seen as ‘different’. This is all about the fear of “the other” and whether it’s race, sexuality, religion it’s a theme we’re all too familiar with in the modern day. So if we were to learn of actual aliens living among us, would you expect people to act any differently?

Though this episode doesn’t just explore that from a ‘fear of difference’ personal-anecdote side, but also from the episode’s story progression as well. When Kara first hears of Lena Luthor’s alien detection device, she is livid. And rightly so since identifying and/or registering those deemed as “others” in our history has lead to terrible ends. Though after meeting Mon El, she immediately thinks that there is some truth to there being “bad ones”. Conversely, Alex also dealt with this problem though from the other side initially claiming that there are only 2 aliens she can trust (Sorry Superman) but then later seeing that there are good ones.

Whether they are “other” because of their race, sexuality or home planet they are all still people – and there’s good ones and bad ones. But there’s also a third category, those made bad because of those stigmatizing them. The unnamed pyro alien this episode – who I still believe to be a reimagining of Volcana – was only acting the way she did because she traveled to various planets before Earth and was labeled as “other”. She saw those like her treated like leapers and killed not because they were bad, but just because they were different. That system of fear turned her into the very thing people said she was, creating a self-fulfilling prophecy. And again, this is something we’ve seen too much in our time.

We are our people and the only thing that gets accomplished when we treat others with fear and hate is create more fear and hate. There are good people; there are bad people; and there are those good ones we cause to become bad due to our own narrow-mindedness. And that is why the final reveal that Madame President (Lynda Carter) is also an alien is so powerful. Was this a simple Easter Egg and to show why she was so passionate about alien acceptance? Or was does she have darker motivations. OR is that not even the real Madame President and a shape shifter acquired her form? 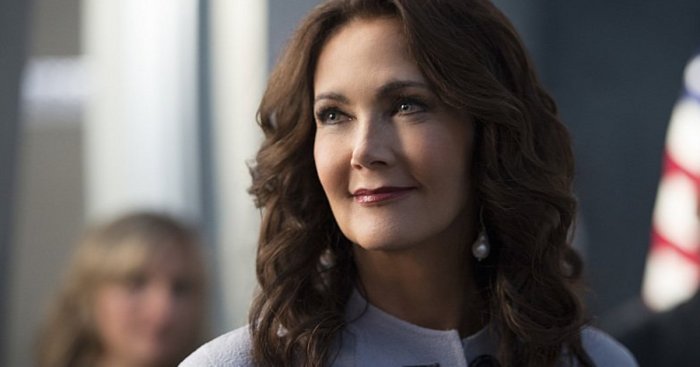 At this stage of the game, we can’t possibly know if she can be trusted – or if she CAN’T be trusted. Hell, we just met the woman. And like it is with all people, only time will what her true colors are.

So in previous articles, I said that the mystery boy would most likely be Superboy. I was wrong and apologize for taking my source at face value, because this episode we found out the mysterious Kryptonian isn’t a Kryptonian at all but rather a Daxamite from Daxam, a sister planet of Krypton with whom they had a very long drawn out war with. Like the famous Hatfields and McCoys, the reasons for this war starting seem blurred; but as the two start to make amends, we wonder if these two might one day relate to a different warring family – the Capulets and Montagues. We’ll we can’t confirm the Romeo and Juliet parallel yet; but we can explore that Hatfield and McCoy line a little further because this episode revealed another such potential dynamic by episode’s end.

When J’Onn entered that safe haven alien bar, it was wonderful to see him let his guard down and assume his true form. Though when he met the bartender, things took a drastic turn as he was met with unease. In the final moments, we saw her reveal herself as M’gann M’orzz (aka the last daughter of Mars) but something is still off. She did not greet him with the look of “another survivor!” because she would have been excited that some of her kind still exists. Instead, she looked mortified. She is indeed the last daughter of Mars, but not of the Green Martian variety… but White. M’gann is most certainly a White Martial in disguise who chose to take the Green Martian person (either in general or for J’Onn’s sake). She seems to feel guilty about what her race did and that is why she couldn’t look at J’Onn. When this will be revealed remains to be seen, but it’ll certainly lead to some awkward moments between the two if he takes her under his wing.

Next week we’ll see Supergirl get involved with Alien Fight Club. And the first rule of Alien Fight Club…. Well… I guess we’ll have to tune in next week to find out. So stay tuned to The CW and here for another Closer Look.