This week the Church arc came to a close in one of the tightest situations we’ve seen in Arrow yet… oh who am I kidding, Oliver’s faked his death more times than we can count! Though with Oliver Queen currently at his highest, there’s no place to go but down as the worst is still ahead of him. This season’s big bad Prometheus prepares to make his move against the Green Arrow, while political turmoil is about to Rock Mayor Queen as his past is being looked into.

What does Susan Williams have against Oliver Queen? Who is Prometheus and why is he – or she – so consumed with taking down the Green Arrow? Let’s examine all of these in this week’s Closer Look at Arrow “The Human Target”. 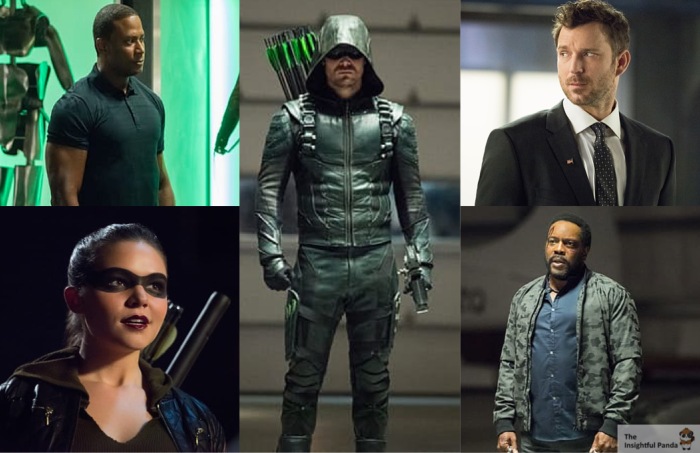 This week’s episode was titled “Human Target” and like most times in Arrow-verse, these episode titles hold dual importance. The first of which is how this week dealt with Church now knowing the Green Arrow’s identity. As we saw in the episode, this isn’t a good thing because it is much easier to kill Oliver than it is the Green Arrow. The target isn’t someTHING but an actual “human target”. We’ve seen Oliver have to hold back in public before so as not to reveal his identity. And whereas you never quite know when or where the Green Arrow will show up; the same cannot be said about the Mayor.

Thankfully, Oliver can deal with being a “human target” by reaching out to an old friend, THE Human Target. An old acquaintance from his Russian days, Christopher Chance has saved Oliver’s life quite a few times by now and this episode he did it again by not only solving his Green Arrow problems but also taking care of a lot of problems he was having as Mayor as well. Mr Cross was certainly this episode’s MVP, but did his presence also just cause a new problem for Oliver as new forces wish to stop him.

Who Is Prometheus? – Potential Suspects As Of The Moment:

This week we got our most sustained look at Prometheus yet…. Which isn’t actually saying much. What we know for sure at the moment is that he’s using a voice changer. So could that make this he a …. She? It might be a little crazy, but crazier things have happened on this show. So with that new door opened, let’s look at two characters who stood out this episode – and lately – that could be unmasked as Prometheus.

This one might be a bit of a stretch, but we’ve seen a professional antagonist to Oliver become a villain before. Remember Isabel Rochev? So if it turned out Susan Williams was in fact Prometheus, that wouldn’t be completely unexpected. Then again, Susan seems to be set up as a foil for Thea. Whatever the case may be, she has it in for Oliver and her starting to wage that war on two fronts could be more than he can handle.

Maybe it’s because we don’t like that Felicity is dating someone else. Maybe it’s because he oddly knew about Prometheus’s threat to Church. Either way, something about Detective Billy Malone seems off. And the fact that he signed up to be a member of Oliver’s trusted task force means that he’s either going to be the one to take it down from the inside OR he’s going to be killed in the line of duty. Either way, if Prometheus is Billy, then the revelation that Oliver (his gf’s ex) is also the Green Arrow could also be a major point of strife. If so, would he go as far as using Felicity to achieve those ends as well?

Then again, there’s still the chance that Prometheus is someone we haven’t met yet. Though from what we’ve seen this episode, if it is someone we’ve already met then these are two interesting guesses. But Billy’s got some interesting sources and it seems Prometheus does too as he know about Church taking one of the Green Arrow’s teammates. 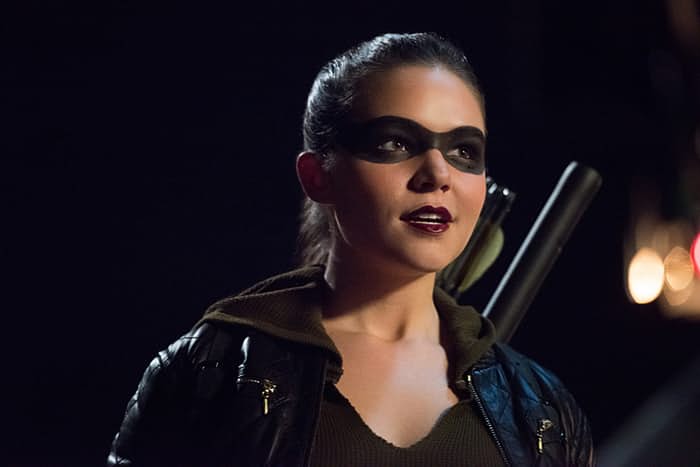 Now that Prometheus knows who the Green Arrow is and there is suspicion about Oliver’s “5 Years In Hell”, it seems the real drama this Season is just beginning. So stay tuned to the CW and here for our next Closer Look!