This Season, Legends of Tomorrow has really been something unique. The threats are bigger, the heroes have all hit their stride and the jokes are even better. Though one thing no one could have expected was a silly superhero time travel show to depict slavery/ racism better than most shows ever dare to dream.

Stranger still, this was all done in the Civil War Zombie episode…. But seriously though, who could’ve guessed that zombies wouldn’t be the way to set up a metaphor about one of the darkest eras in American history.

So let’s take a Closer Look at this week’s Legends Of Tomorrow titled, “Abominations”.

When we first learned that this would be an episode about zombies in the Civil War, we expected another time period smash and grab episode. What we didn’t expect was the powerful – and sometimes uncomfortable – look at the period’s vices. Now prejudice, racism and sexism aren’t new topics for this show; but never has it been handled this well. In fact, this show handled these topics and slavery with a perfect balance of respect and not holding anything back.

Though it wasn’t just what was shown and said. We’ve seen plenty of shows that depicted slaves beatings as well as ridiculously racist southern plantation owners. The reason we felt it so much more this time around is because it wasn’t presented as “history”. There wasn’t a veil of ‘this is what used to happen’ but instead became a present problem for the legends. This is best shown in the episode as Jax first sees the woman being beaten and knows he can’t interfere; but then when he’s IN it he actually sees that this is the true abomination – not the zombies. Similarly, we the viewers have grown with Jax and have fallen for Amaya lately. They’re incredibly strong, caring and complex characters; but seeing them be treated as less than human hits us incredibly hard. It shouldn’t be like that and seeing anyone treated like that should be enough; but portraying it in this way made it so that anyone who watched could see just how wrong and messed up this was.

This wasn’t another history lesson, this was something present for the viewer. We might not be able to do anything about what happened back then, but we CAN make sure this never happens again. And it does happen; not in the same way, but it does. As Jax reminds us early on in the episode, it’s hard to find a time period where there wasn’t racism of some kind. And that is why this episode gets an A+ – because it uses an unassuming and comforting medium to present one of the darkest things in history to make sure the viewers can truly take to heart how bad this was. Though this episode also gave us the other side of the coin as it not only showed humanity at it’s worst but also how humanity can stand against the worst. 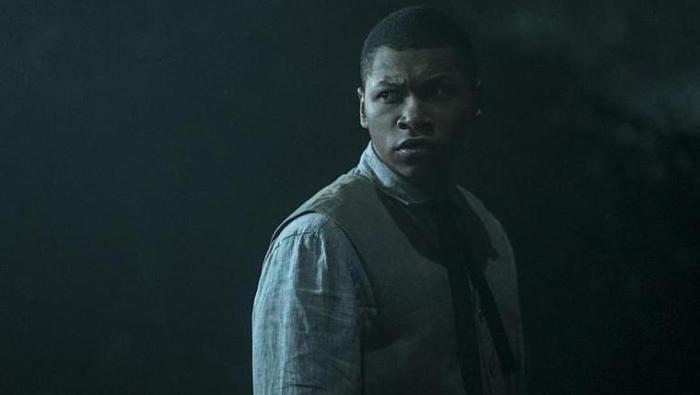 Future Barry’s Message – “A War [and A Crossover] Is Coming”:

Originally we hypothesized that future Barry’s message could have something to do with what Reverse Flash is doing running through time. Though after hearing this episode that he’s warning of “a war”, this might actually be the hint at something bigger than a season finale – a Four Way Crossover of the entire Arrow-verse!

Whereas it could be that Reverse Flash is trying to start a World War 3 of sorts, the more likely option is that Future Barry is warning of the massive alien invasion that is supposed to take the Arrow-verse by storm this December and lead to a massive crossover between Supergirl, The Flash, Arrow and Legends Of Tomorrow. Now you might be wondering why Future (40 years) Barry is warning about this if it’s coming in a few months. Well remember the Legends are Time Travelers and they could be the ones to bring our heroes through time to the fight. Or maybe this is a Future Barry who’s been fighting this war for years and is warning everyone that it’s starting soon.

For all we know, maybe it some other wibbly wobbly timey wimey explanation. Remember, this is Legends Of Tomorrow where time travel makes sense only some of the time – and not the same way it does on The Flash. All we know for now is, there’s a war coming and it’s more than the Flash and the Legend can handle.

I don’t recall Sara ever needing help making tough decisions, but it’s nice to know that she now has some advice from Ulysses S Grant. Though to be fair, having Citizen Steel be a zombie lure and then get covered in them before blowing up a dynamite reserve was a pretty tall order. With all the battles to come, she’s certainly going to need to make more tough calls like that as next week the legends head to the 80s – which Mick is surprisingly NOT a fan of. 70s yes, but 80s no.

So get you bad hairdos and overly karaokeable playlist ready; and see you all next week for another Closer Look.