And so ends SuperBowl XLIX. With the New England Patriots and the Seattle Seahawks putting on such an awesome show, it’s a shame how many bad moves there were in those final 30 seconds. Though whatever you thought of the game – or didn’t think of it – we can all sit back and enjoy the commercials. This year had quite a few curious trends; and we saw everything from Avocado drafts to what happens when you give a Fiat Viagra.

So get ready to relive your favorites once more as I count down the Top 5 Super Bowl XLIX Commercials.

A year has passed since last year’s Budweiser commercial for Super Bowl XLVIII where we were introduced to an adorable little puppy and his horse friend. What this commercial has to do with Budweiser, we STILL don’t know; but OMG IT’S SOOO CUTE!!!!!!

This year there seemed to be an overabundance of tear-jerking and overemotional commercials that more or less left us feeling like really sad afterwards – *cough* Nationwide’s ‘But I Died’ Child Commercial *cough*. Budweiser’s was the only emotional commercial that didn’t do this. Moral of the story, add puppies.

Needless to say Super Bowl is one of the biggest times to debut a trailer for a new film. Jurassic World, Terminator Genisys, Tomorrowland, and many others all jumped on this opportunity; but it was Ted 2 that truly touched us – phrasing.

The first trailer for Ted 2 might have just been released last week; but that didn’t stop Ted 2 from airing its first on-air spot. Though what truly made this mini-teaser stand out was how it incorporated Patriots’ quarterback Tom Brady. Hey, if Ted’s going to have a baby, he’s going to need some MVP stock apparently; and with the Patriots winning this Super Bowl, the commercial was all the more well timed.

Even if you’ve yet to watch Breaking Bad – seriously, watch it – you could tell where this commercial was coming from. From Bryan Cranston reprising his role as Walter White to even uttering “Say My Name” – a line from and episode title of one of the best episodes – this commercial was just glorious. Is it just me or does anyone else want a spin-off show now for Sorta Greg?

It’s the biggest football game of the year. You’ve spent all week planning your party or what bar you’d go to. So imagine how frighteningly horrid it would be if your cable suddenly went out right as the game came back on. Thanks to Chevy, you’ll never have to wonder again. For 6 seconds, everyone watching the game cursed, screamed, flipped tables, and/or had their hearts skip a beat as the screen pixilated and suddenly went black.

I honestly don’t know if this is the most ingenious commercial ever or the most sadistically evil. I’m wouldn’t be surprised if a few mini-riots broke out in those 6 seconds. Whether the Ad Team at Chevy is brilliant or just pure evil, this was one commercial we won’t forget for a long time – and in the end, isn’t that the point of a commercial? So next time you have a service outage, remember: the Chevy Colorado has built-in 4G LTE Wi-Fi.

Let’s face it; mobile apps and online games are getting more and more popular – and with that success their advertisements must improve as well. Game of War had an ingenious idea the moment it hired the gorgeous Kate Upton. So how could anyone try to compete with that? Simple, you hire “the man with a particular set of skills” Liam Neeson.

Who would have guess playing Clash of Clans was one of Liam Neeson’s “particular set of skills”? Add in the Starbucks-esque barista mispronouncing his name as “Li-um” and his player name being AngryNeeson52 – he was born in 1952 –, and this commercial truly earned it’s title as THE BEST Commercial of the XLIX Super Bowl.

“I don’t know you BigBuffetBoy85, but if you think you can humiliate me and take my gold, think again. Oh I am coming for you with lots of barbarians and dragons. I can’t wait to destroy your village while you beg for mercy; but you will get no mercy. I will have my revenge… You will regret the day you crossed angryNeeson52”

What was your favorite Commercial this year? What was your least favorite? What do you think should have been on the list? Sound off in the comments below! For now, I leave you with this haunting Game Of Thrones version of that Nationwide commercial #TooSoon 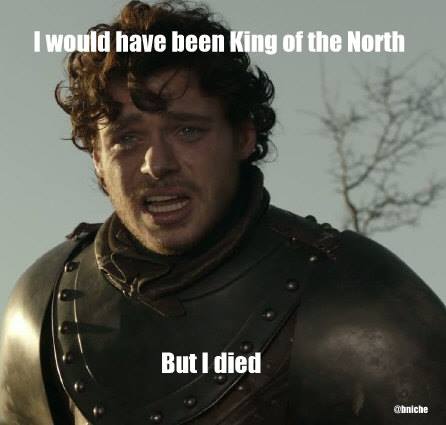