Great writing isn’t throwing in a twist every chance you get. It’s creating a universe and dropping hints that when looked at closely enough make everything that follows predictable and yet completely satisfying. THAT is how I can best sum up this week’s episode of Supergirl titled “Survivors”

Last week in “Welcome to Earth”, we saw how Kara and Mon-El’s relationship has some interesting parallels to J’Onn and M’Gann. This episode completed that juxtaposition and revealed/ proved many of our educated guesses. Though despite this predictability, it was overwhelmingly satisfying to not only see this all take place; but also to see what fun asides – and intriguing foreshadowing – were thrown in.

So let’s take a Closer Look at Supergirl “Savior” and see how wonderfully this dual story/ quadruple alien juxtaposition was written as well as what future set ups were just hinted at. 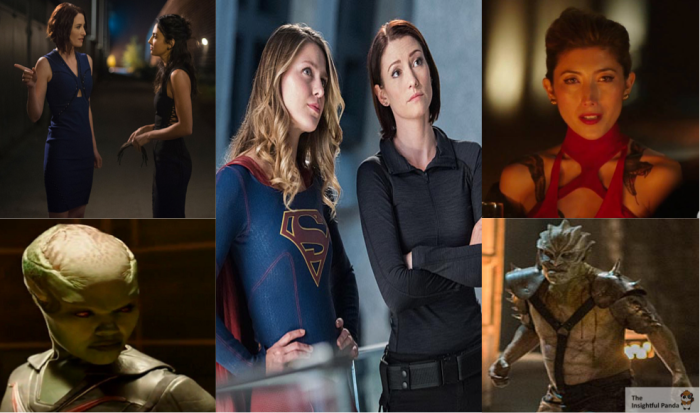 This episode brought up the idea of “being a survivor” and doing “whatever it takes to survive”; but before we even heard those ideas there was something that should have slapped all of us in the face. Kara, Mon-El, J’Onn and M’Gann are all the last surviving members of their respective races – but it doesn’t end there. Last week in “Welcome to Earth”, we heard Kara describe the Kryptonians and Daxan’s as the Hatfield and McCoys. As we pointed out, this immediately sets up a thinly hidden parallel to J’Onn and M’Gann since she is truly a White Martian – the ones who slaughtered J’Onns race.

This week that juxtaposition between the two was continued as we hear Kara have some regrets and feel the Kryptonians are slightly responsible for what happened to Daxam. Similarly, we have M’Gann who is beating herself up for what her race did to the Green Martians. Even though it’s not explicitly said, we can infer that she joined the fights as a way to beat herself up only AFTER seeing J’Onn. After all, Roulette said Miss Martian was a RECENT addition. Seeing J’Onn brought back all the guilt and things she tried to put in the past. In this way these four characters aren’t only tied to their warring counterpart Kara with Mon-El and J’Onn with M’Gann; but we also see Kara and M’Gann in the role of knowing their races caused the extinction of another. They are each last of a race that caused another to be the last of a ‘sister-race’ (Kryptonian -> Daxan, White Martian -> Green Martian).

All About Having The Right Friends? – Roulette & Lena:

In order to save J’Onn, Kara must go to Lena Luthor in the hopes that she is in the loop on Roulette’s underground alien fight club. Thankfully she is, but when Kara thanks here Lena simply replies that she’s confident Kara will be there for her when the time is right. We see Kara react suspiciously to this and so do we.

We’ve heard how Clark didn’t trust her at first or any Luthor for that matter as they are good at manipulating others. Pairing this with how Roulette’s “good friend” was able to get her out of jail at episode’s end, are we to believe that Lena Luthor will use her in with Kara for a similar end? It’s too soon to tell at this moment, and we have seen Lena and Kara bond over their family ties and wanting to be better. Then again, is Lena Luthor manipulating us the audience just as much as she is Kara? This is something we’ll have to keep a close eye on. 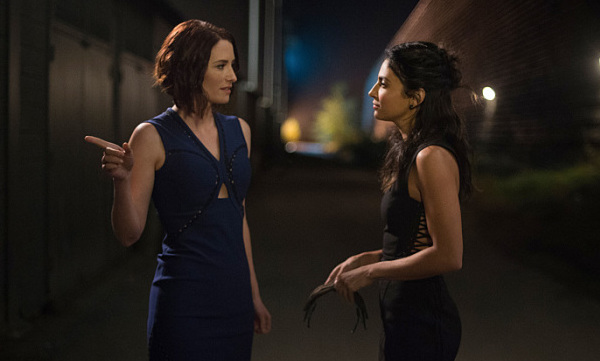 With Kara now taking Mon-El under her wings and seeing him as a chance to fulfill her original mission of watching over someone, it seems like he’ll have more in common with Clark than just Kara’s goal. Looks like he’ll also be getting a job at CatCo media. Either that or he’s just a visiting cousin. Whatever that explanation is, it looks like next week’s episode will actually set up motiations for James to become a hero himself. A ‘Guardian’ if you will.